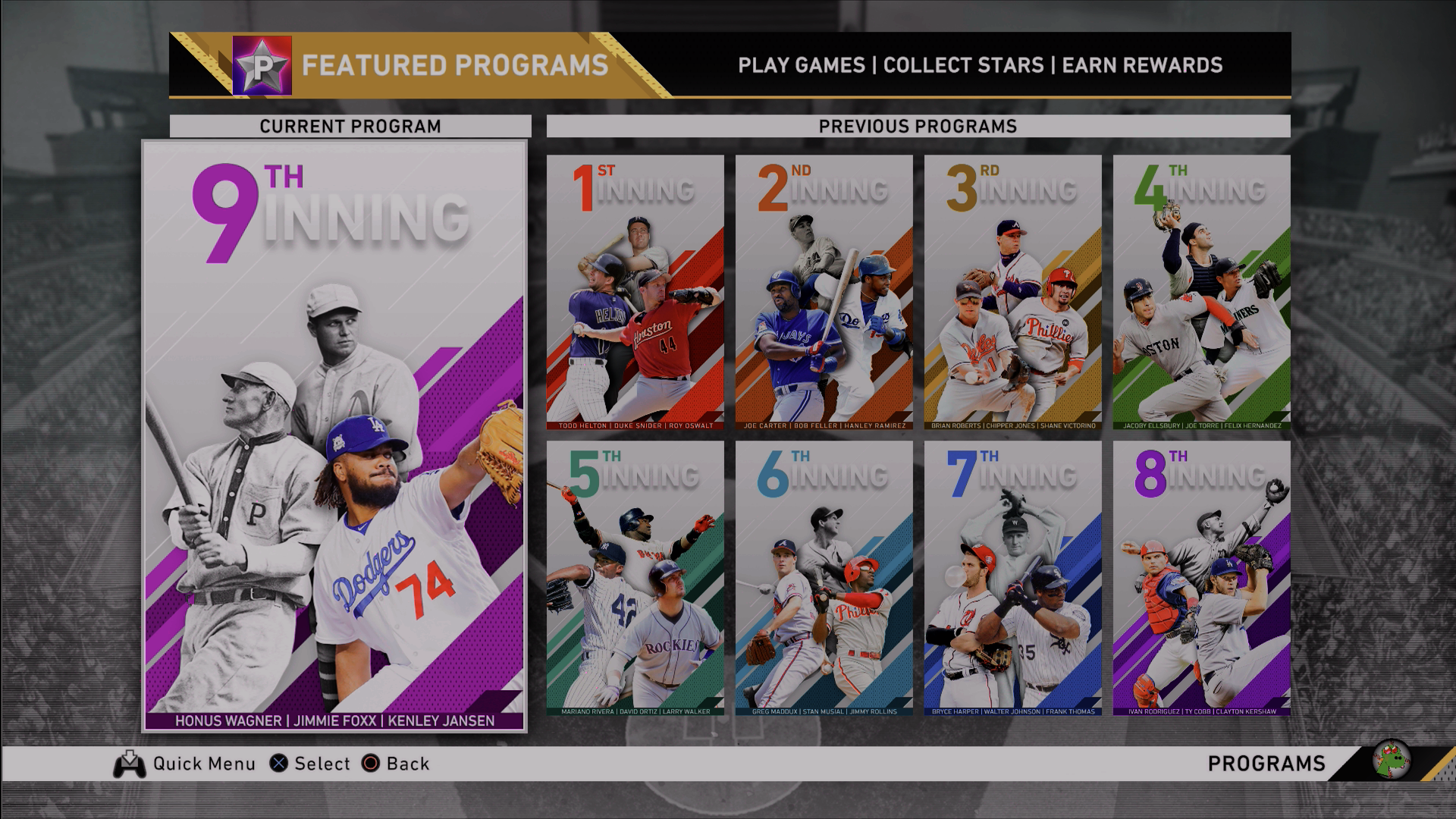 That being said, we have Prime Honus Wagner, Signature Series Kenley Jansen and Awards Jimmie Foxx as the bosses this time around. Kenley Jansen is the confusing one to me because he’s not a favored pitcher in The Show in recent times. Now, this might be different because SDS gave him a major pitching repertoire boost. In addition to the known cutter and slider, he also has a sinker and changeup now to go with the 4-seam fastball. Plus, he has amazing per-9s that should help as well.

Awards Jimmie Foxx will most likely be the most-wanted player here. He’s a 1B with catcher eligibility and maxed out contact from both sides of the plate with elite power.

Lastly, we have Prime Honus Wagner, which everyone most likely remembers from the extended player program from last year. Honus is a super utility player who has five-star tools and will also be a popular pick. 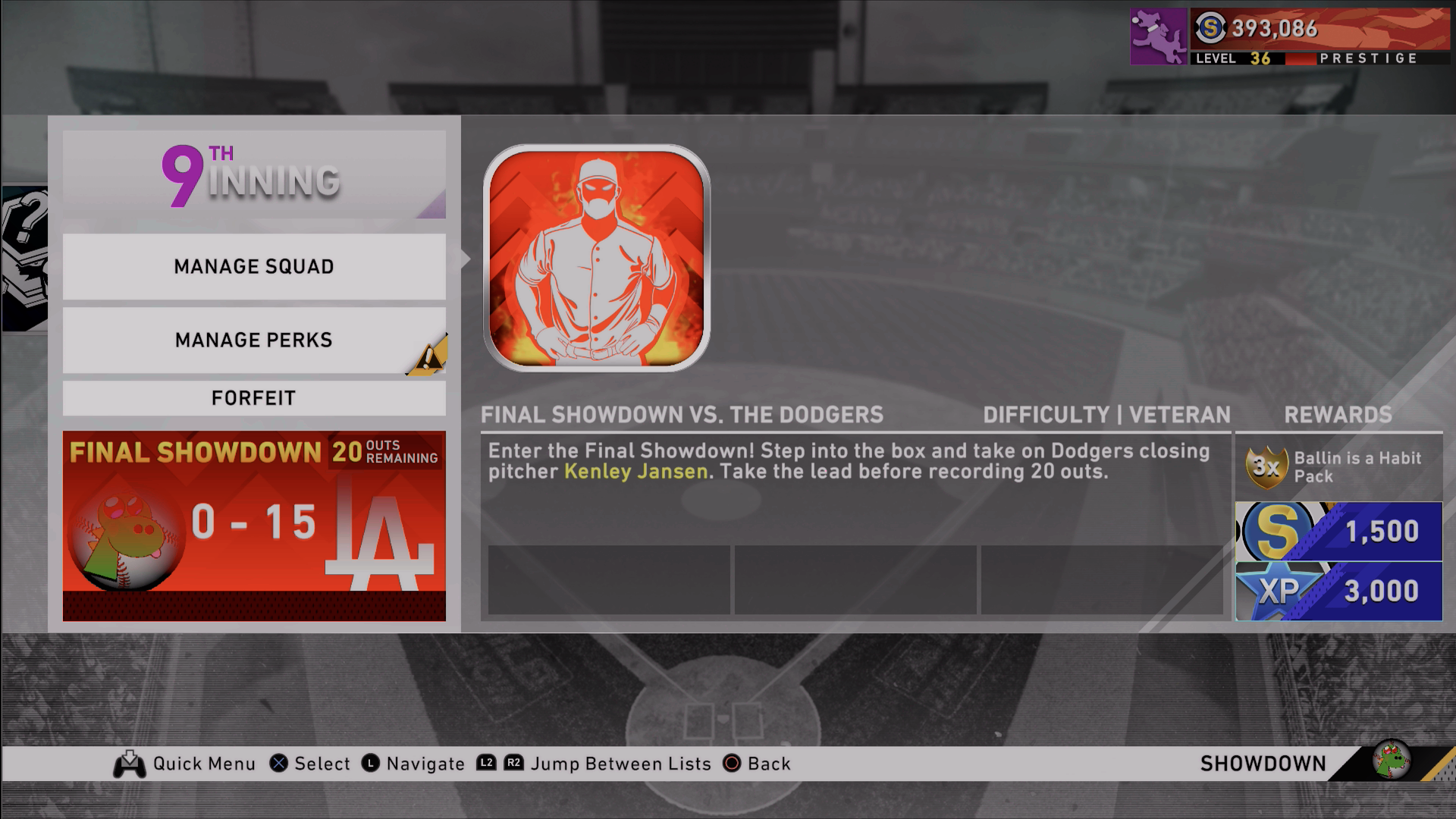 Winning the showdown will net you +70 program stars. Some of the rewards you can snag along the way include a Headliners bundle, seven The Show packs and a Home Run Derby set 2 pack. 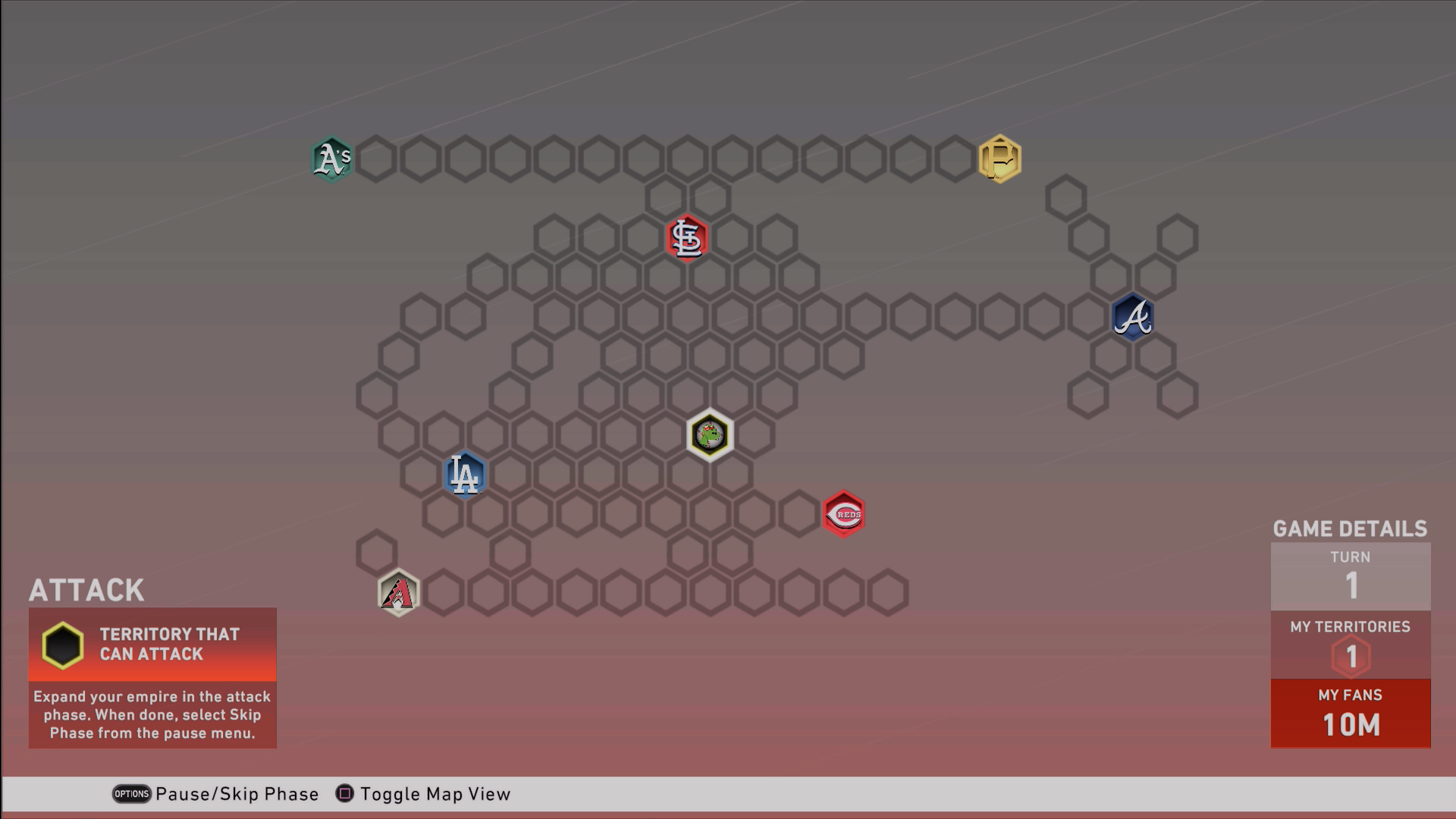 GET TO DA CHOPPAH!

The conquest map has 7 strongholds to capture. The two unique goals you need to complete are taking the Reds’ stronghold on turn one and stealing 3 million fans.

JProGaming27 of course has all the secrets of the map as well:


We have the two standard online missions so far, with the third bonus mission being switched out as usual. On top of that, since we have two player programs at the launch of this program, there’s a fourth mission to complete (but not a fifth).


The first set of moments is tied to Signature Series Jim Edmonds:

Click to view slideshow.
Oh yes, he is now here. Jim Edmonds only really being available for a crazy price up until now (he was an early BR reward) means a lot of people have been hankering for their chance to use a Diamond Dynasty legend. Edmonds always outplays his ratings so even if this card’s ratings don’t blow you away, you know he’s still going to mash.

Each of the moments is worth 7 points for a total of 42 of 50 points needed to unlock Edmonds.

The second set of moments is tied to Prime Hunter Pence:

Click to view slideshow.
The twitchy one just retired and his cards can be a little tougher to gauge, but this is not that dissimilar to Edmonds. It just has more of a lean towards beating up on left-handed pitching rather than right-handed pitching.

Each moment is worth 6 or 7 points, and you can only unlock Pence via moments. You will need to complete every moment to get the 50 total points needed to unlock him.

Click to view slideshow.
Above are the three bosses at 300 program stars.

Here are the mini bosses (or henchmen) at 150 program stars in the 9th Inning Program:

Click to view slideshow.
Two more fan-favorite picks here with a less favorable reliever — much like the bosses. Finley and Blue already had cards this year, but I still suspect both these cards will be in high demand. They’re just too enjoyable to use and they each have too many fans to go under the radar. Finley is also a lot like Edmonds where he just outplays his ratings without fail.

This program in total goes up to 900 stars, much like last month’s program.

Here are the rewards all the way up to 900 stars:

Click to view slideshow.
You will need to prestige these cards like the others, which is via online stat missions that will take major time commitments. Here are the stats required:

We will update this 9th Inning Program guide with any other information that is revealed so be sure to bookmark this page if you want to come back later.