This card looks pretty, pretty good. The gold defense doesn’t even look all that bad considering he can play both SS and 3B. Bregman has 124 power vs. RHP and 102 power vs. RHP to go with 124 contact vs. LHP. In short, Bregman will ruin left-handed pitching and be just fine against RHP as well. His vision is 96 and he has 61 speed, so he’s a solid ballplayer all around. Bregman’s swing is usually a fan favorite of sorts as well, so I expect this card to be in somewhat high demand, even as we get to the point in the season where most cards coming out look awesome.

Here are his ratings: 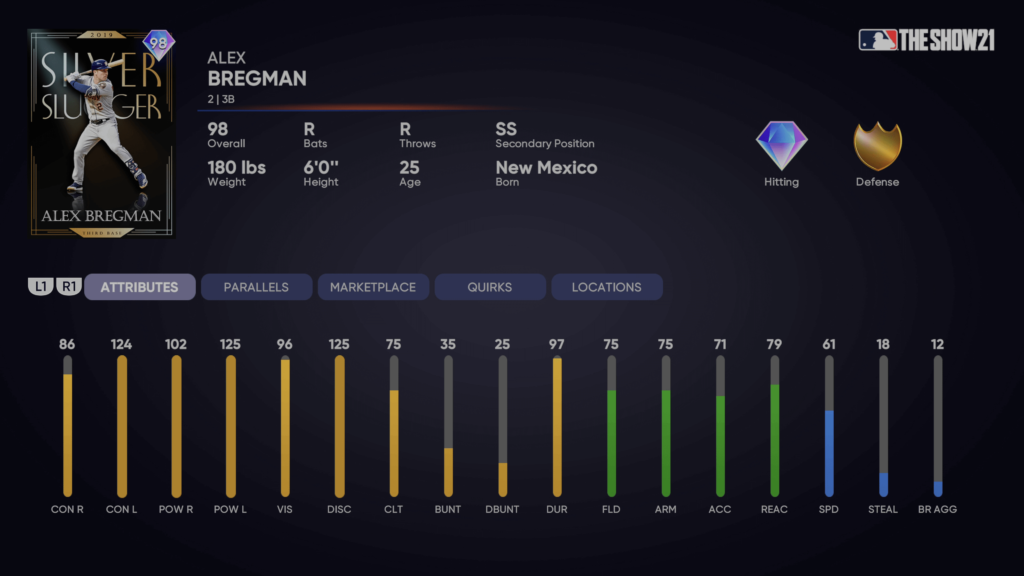 Here are his quirks:

The odds on the Headliners packs remain the same as always, so good luck if you try getting him in packs as you’ll have a 1:10 chance at a diamond, albeit that diamond might not be Awards Alex Bregman.