Madden 20 MUT: Team of the Week 16 and 17 Highlighted by Saquon Barkley 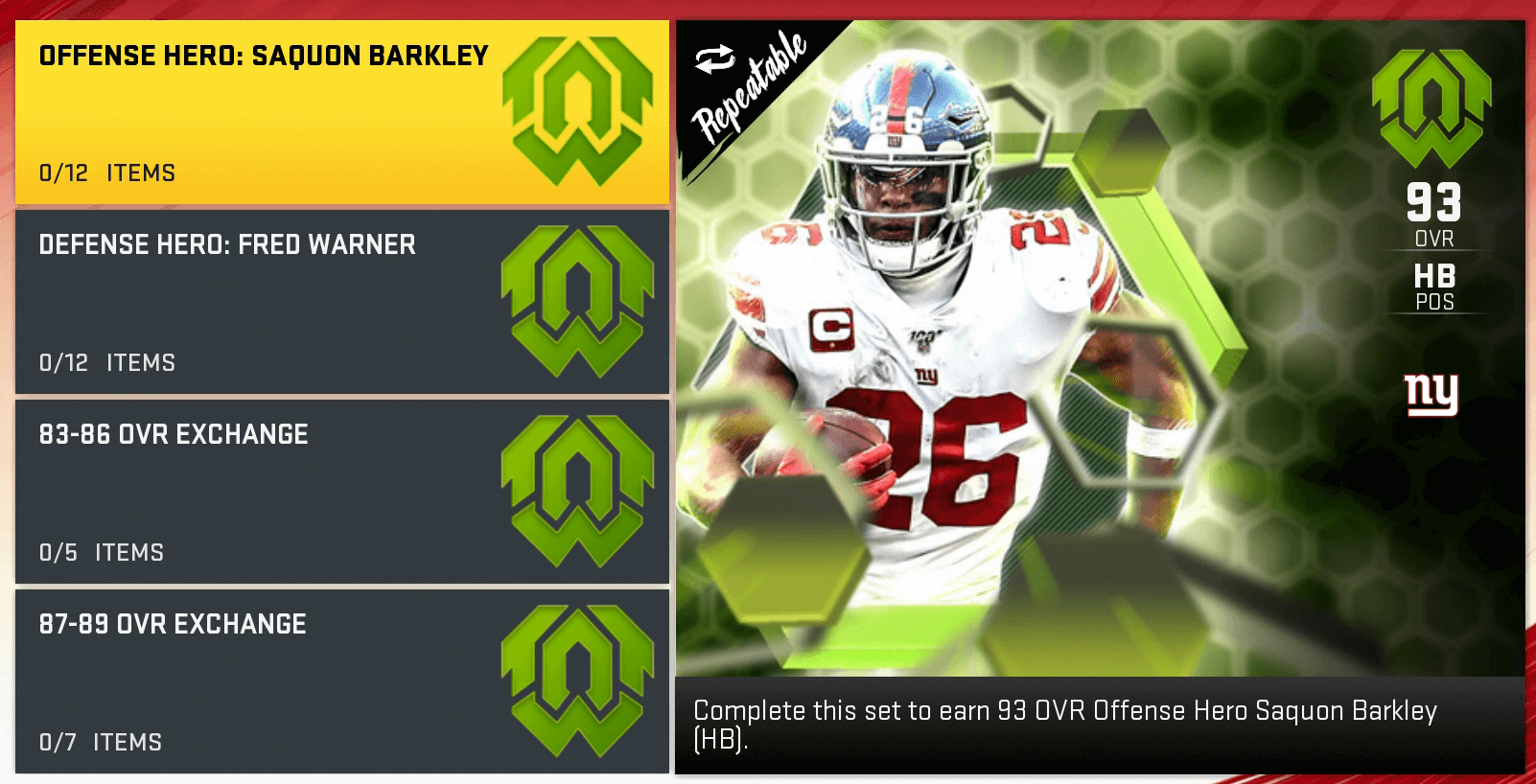 Team of the Week Saquon Barkley is the focus at this point. People have been waiting for him to receive an update, and he does have a Power Up as well for the +2 overall. He still sits below Dickerson and Bo, but some people will be excited by this.

The other players are: 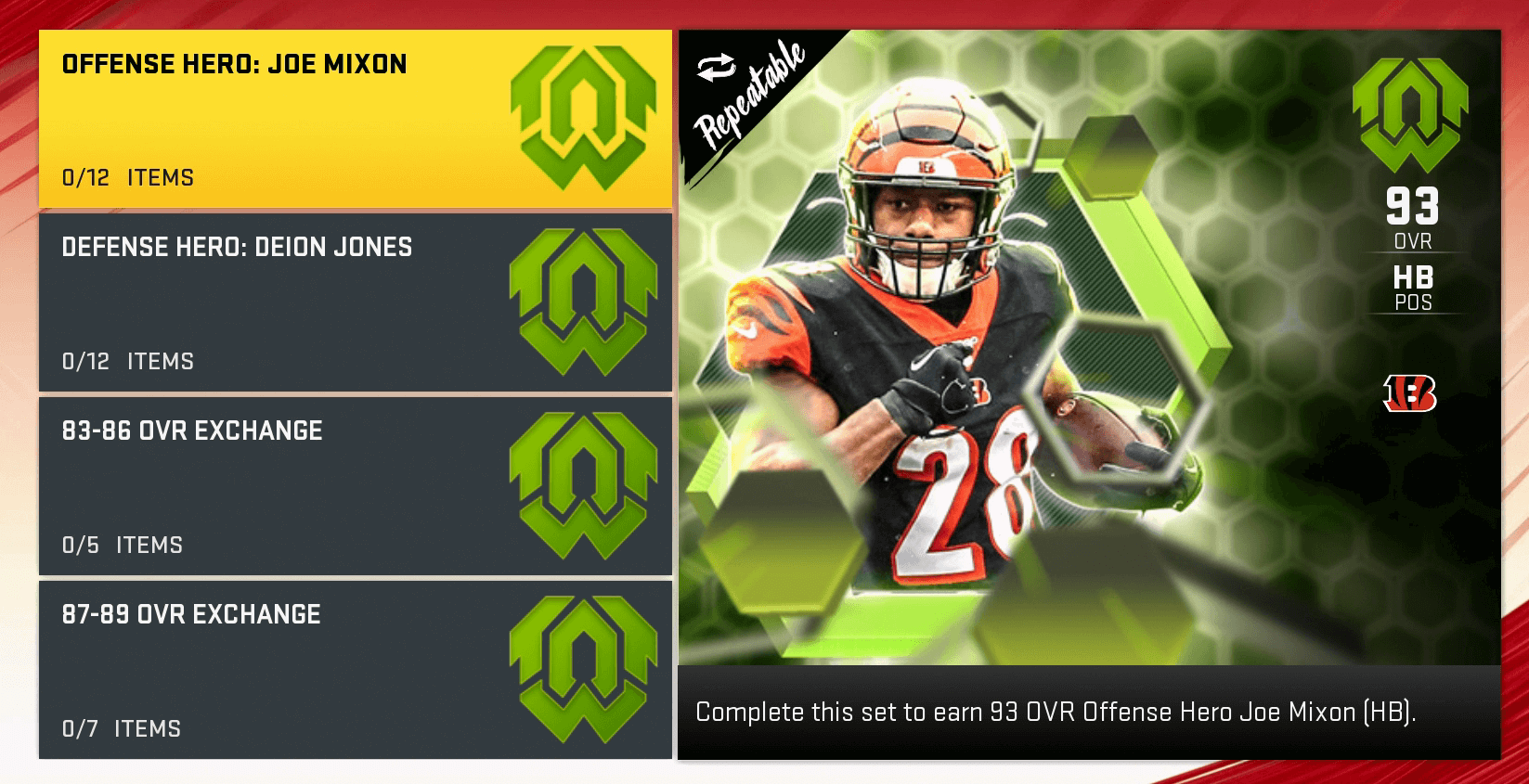 No one stands out in the same way for Week 17 like Saquon Barkley does for Week 16, but the top-rated normal players are Hero Joe Mixon (93) and Hero Deion Jones (93).

The Limited is Michael Gallup (94).

The other players are:

There are also Playoff Prediction Solos. You pick one team or the other for the four matchups, and if you pick correctly you will get some extra Training with the Playoff Collectibles.