Madden NFL 20 MUT: Heavyweights Chris Jones and Ryan Ramczyk Reviews Heavyweights are an interesting sub-category of cards to scope out in MUT because they have such wild fluctuations in use and value. This week it’s more on the low-end of value for a couple of factors beyond the cards themselves. 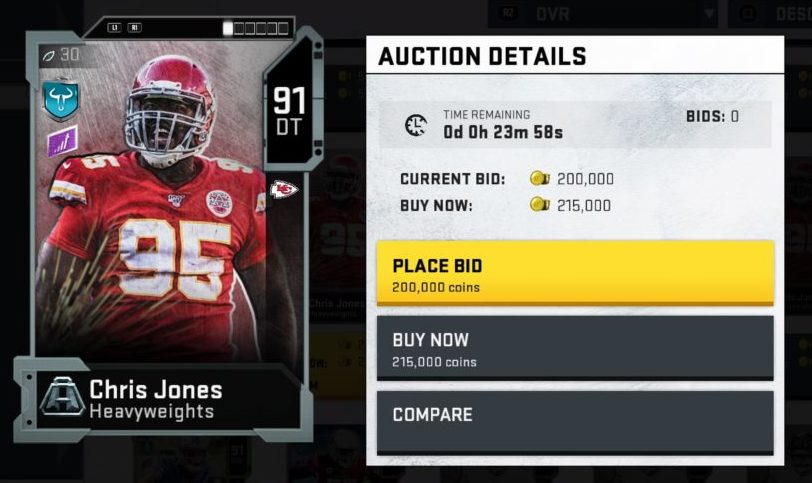 Chris Jones desperately needed an update, and this does count as one, but it comes at a bad time. We just had a recent infusion of NFL 100 monsters, and so this card does not really stand out enough from his 86 overall Theme Builder. The Heavyweights series has a very specific setup so I understand why you can’t just delay this card, but in the short term it does not really do much to boost Jones’ value during a season where he’s been fantastic.

Nevertheless, down the line this card will pay dividends. If Jones continues to tear things up, this ends up as a Power Up of sorts to help Jones reach the next threshold. On top of that, the Chiefs theme team is strong and getting stronger, and this sort of card does play into that today and as we move towards the end of the regular season. 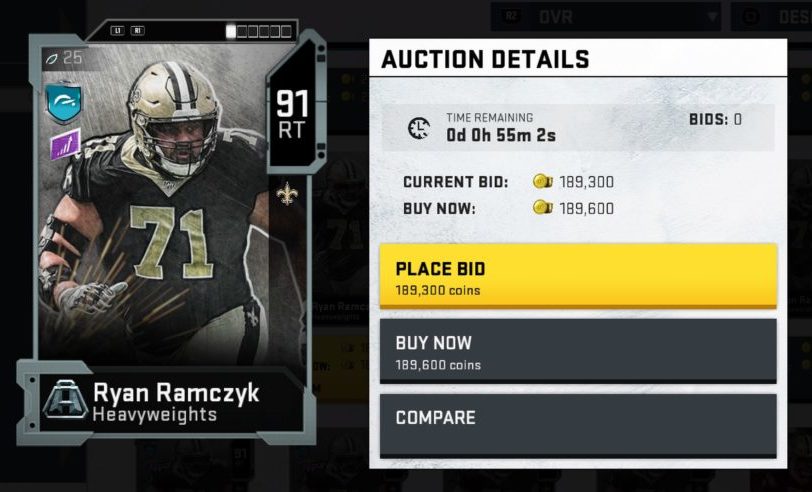 Many already know about the value of Ramczyk as he’s been one of the best right tackles in the game all season long. His Ultimate Kickoff version is a 93 overall, so this obviously makes this card seem a little odd by comparison. But, much like with Jones, you’re playing the long game here. This one does work as a Power Up, and so it’s one of those things where eventually this card should have more use than it does today.

However, as of now, the Ultimate Kickoff version remains the better base version in every sense of the word, and that’s why it remains more expensive than this version so far.

All in all, a weird week for Heavyweights. Both these cards will look better in the coming months, but they don’t have a ton of immediate value beyond theme teams as of today — and with Ramczyk even that’s debatable since a better version already exists in the game.