Madden NFL 21 Patch 1.12 Arrives Tomorrow, Some Patch Notes Revealed Madden NFL 21 game update 1.12 is scheduled to arrive tomorrow. Some of the patch notes were revealed earlier today on Good Morning Madden, featuring some updates for gameplay, MUT, Face of the Franchise, Franchise, The Yard and presentation.

When the full patch notes arrive tomorrow, we’ll make sure to update, as it typically provides more details. Until then, check out some of the patch notes captured by Muthead below. 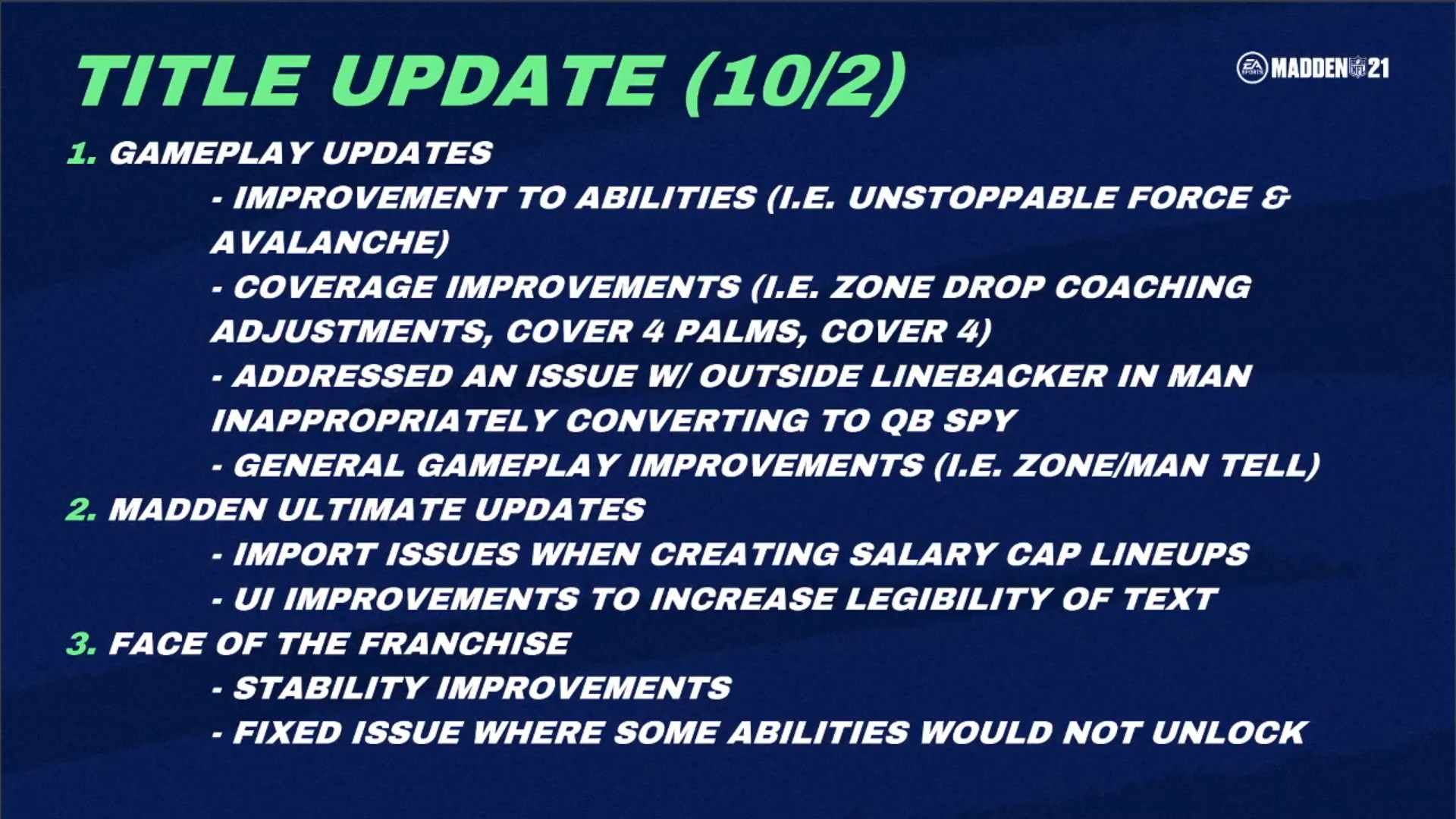 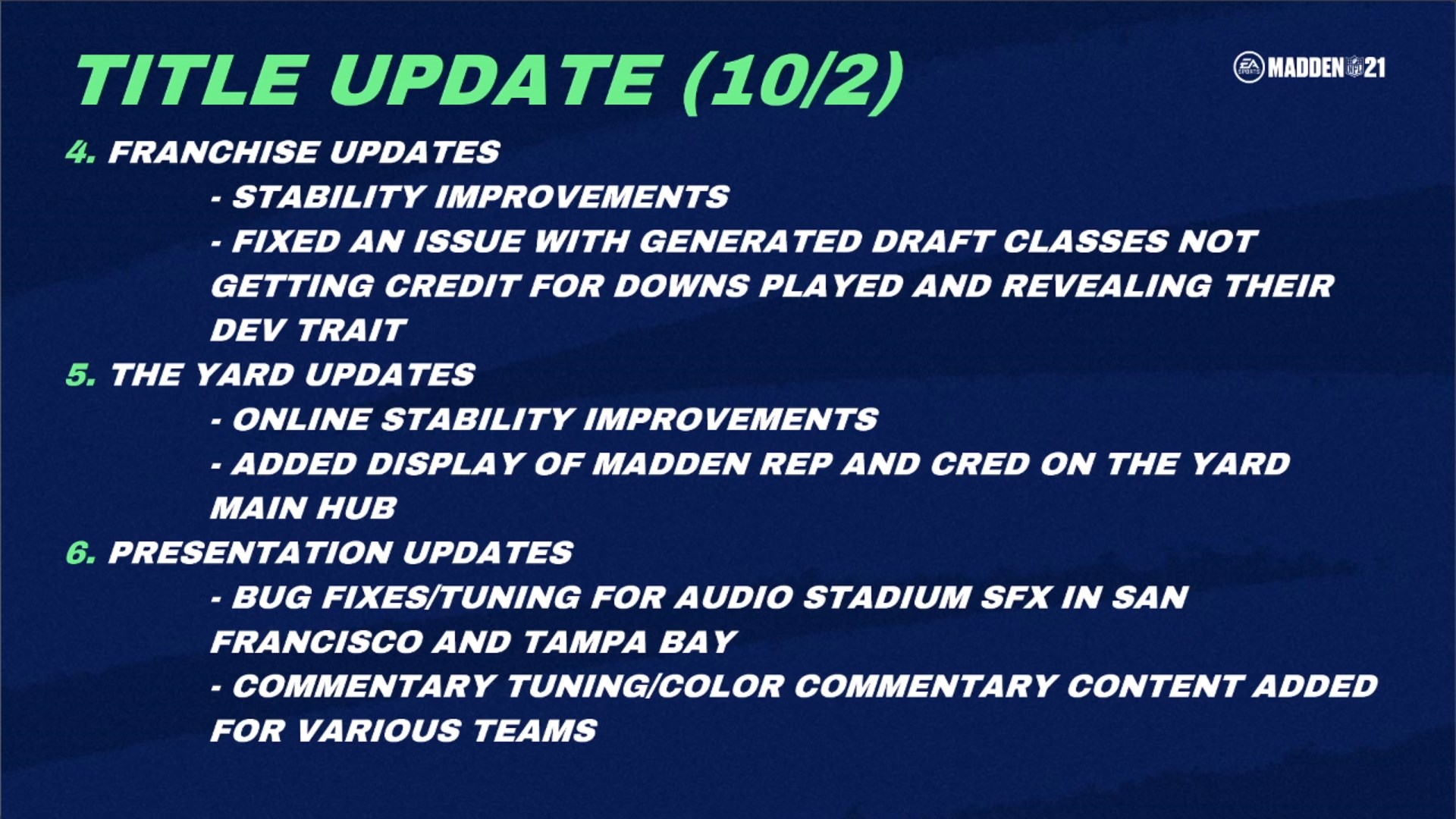 For those of you looking for franchise mode updates, the first of three scheduled updates are set to arrive in mid-November. You will not be required to restart your franchise, when these updates arrive.

Here’s a list of community requests the team is currently implementing and testing. Keep that in mind, as things could change, the closer we get to release.