The Showdowns will no longer be broken down into AL and NL, this time it’s switching to three regions: East, West, Central. The point totals work the same with a win in the Final Showdown getting you five vouchers that amount to 20 Team Affinity points for any team in that region. As always, a reminder that doing a stage 3 Showdown will only get you vouchers for teams that you have unlocked up to stage 3.

The draft pool has once again expanded, so you’ll be starting with even better teams than stage 2. I started with many more golds, and you still get a prime pick to start things off that will give you one of the newest Face of the Franchise cards. You’ll have another diamond round after that where you’ll see Future Stars diamonds and so on. After that, you get a handful of gold rounds before dropping to silver players.

The stage 3 missions have gone relatively unchanged. Stage 3 missions will work like stage 2 missions, which means there’s +10 TA points for each team out there for two missions (one of the two is strictly online-based), and you can still do repeatable player exchange sets as well. 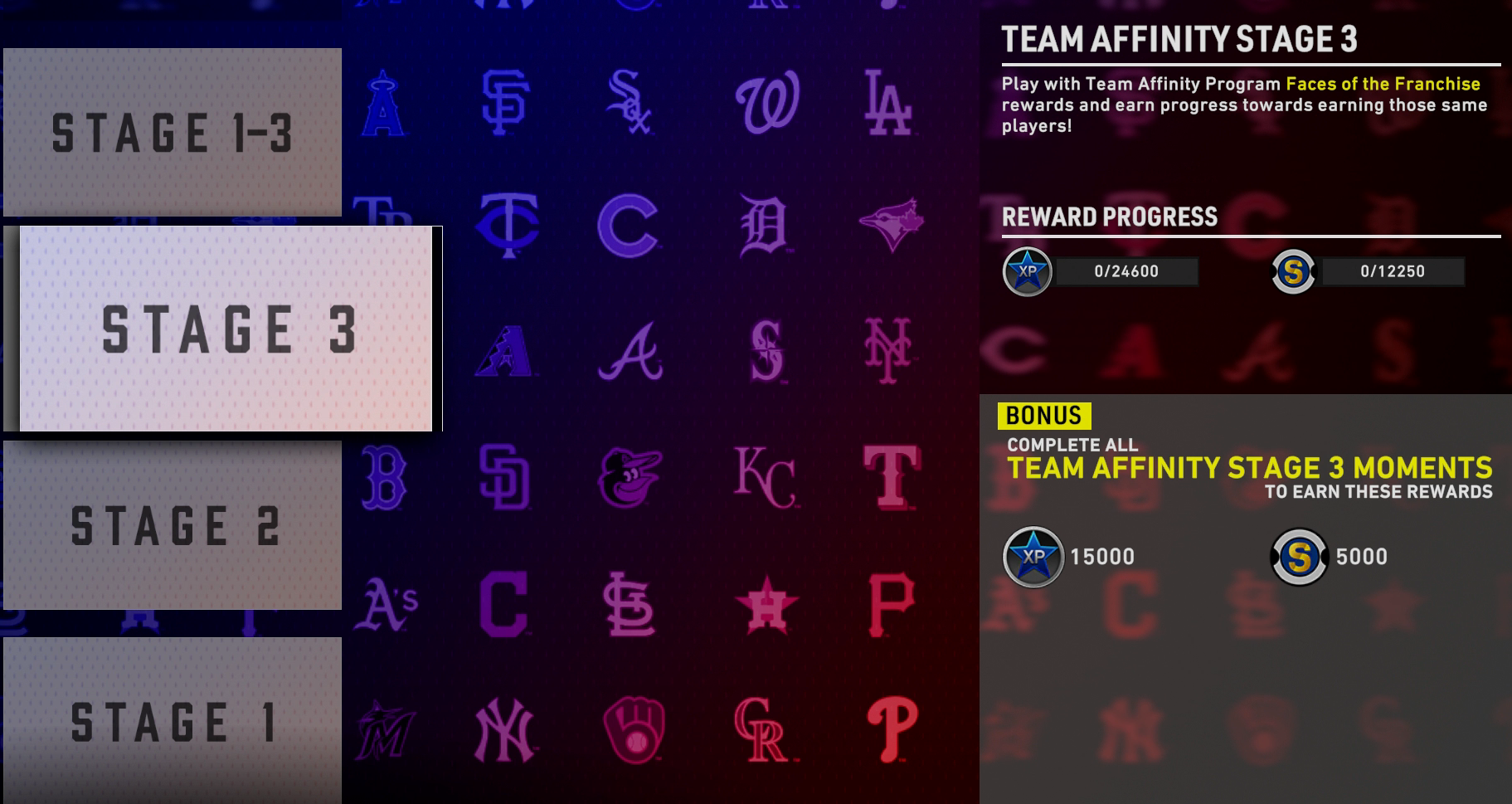 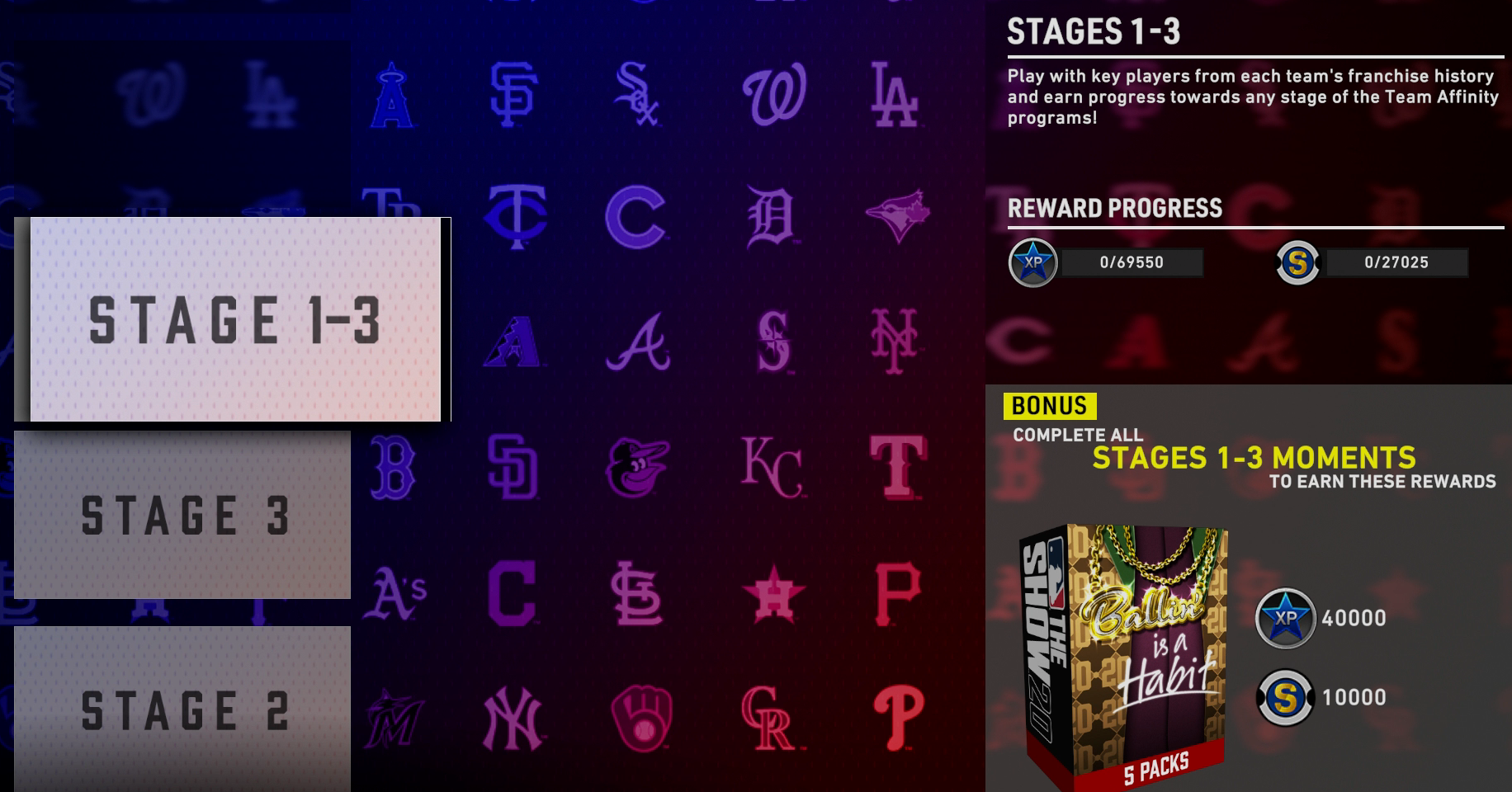 These new missions can apply to whatever stage you’re currently on right now. So if you’re on stage 1 but need nine points for the Orioles, then go ahead and knock out those three missions. Think of these missions as nine floating points that can help you on your way. On top of that, it’s solid single-player content if you just want to knock out some easy missions for a lot of stubs, XP and some packs — assuming you complete all 90 for the bonus packs.

The added bonus here is you can now sell the stage 3 Face of the Franchise cards. 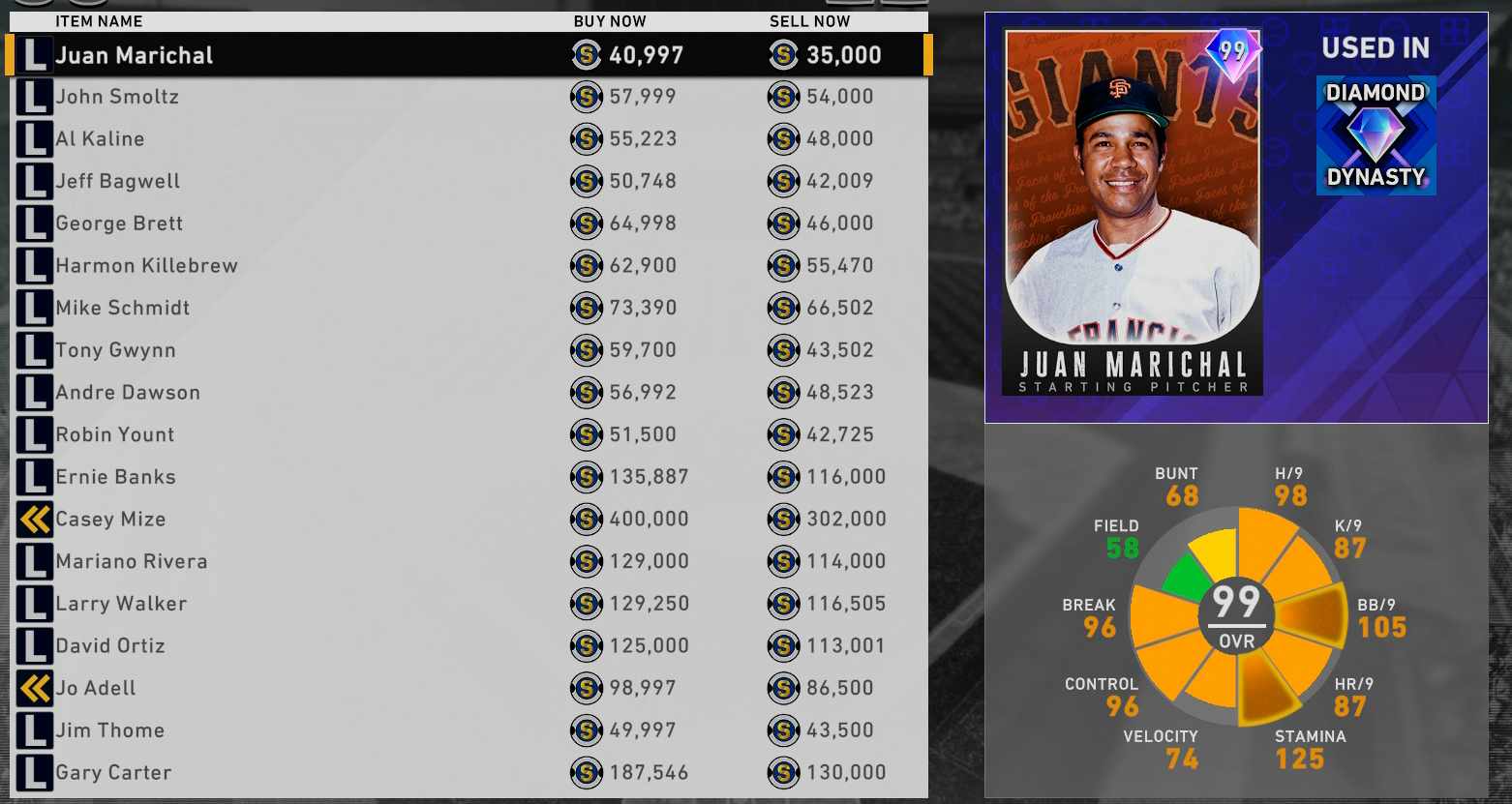 This will help those who have fallen behind or simply want to try out a card before grinding for it. It’s also another source of stubs for those who simply don’t want that specific FOTF card.

I will put all 30 Face of the Franchise cards, plus their ratings and quirks, in a separate post that will go live shortly. I will link to it in this post once it’s live.