MLB The Show 20: Full 1999 MLB Rosters From mkharsh33 If you’re looking for 1999 MLB rosters that are playable in MLB The Show 20, mkharsh33 has recently put out a roster just for you. These 1999 MLB The Show rosters include 1,215 players, and the lineups and pitching staffs are all accurate based on the end-of-season rosters from that season. You might know mkharsh33 from other roster files like his 1998 MLB rosters, but this is his biggest project yet. He’s done work to try and create a more uniform ratings process, and he’s even gone in to tweak more likenesses and so on to make this roster as authentic as possible. 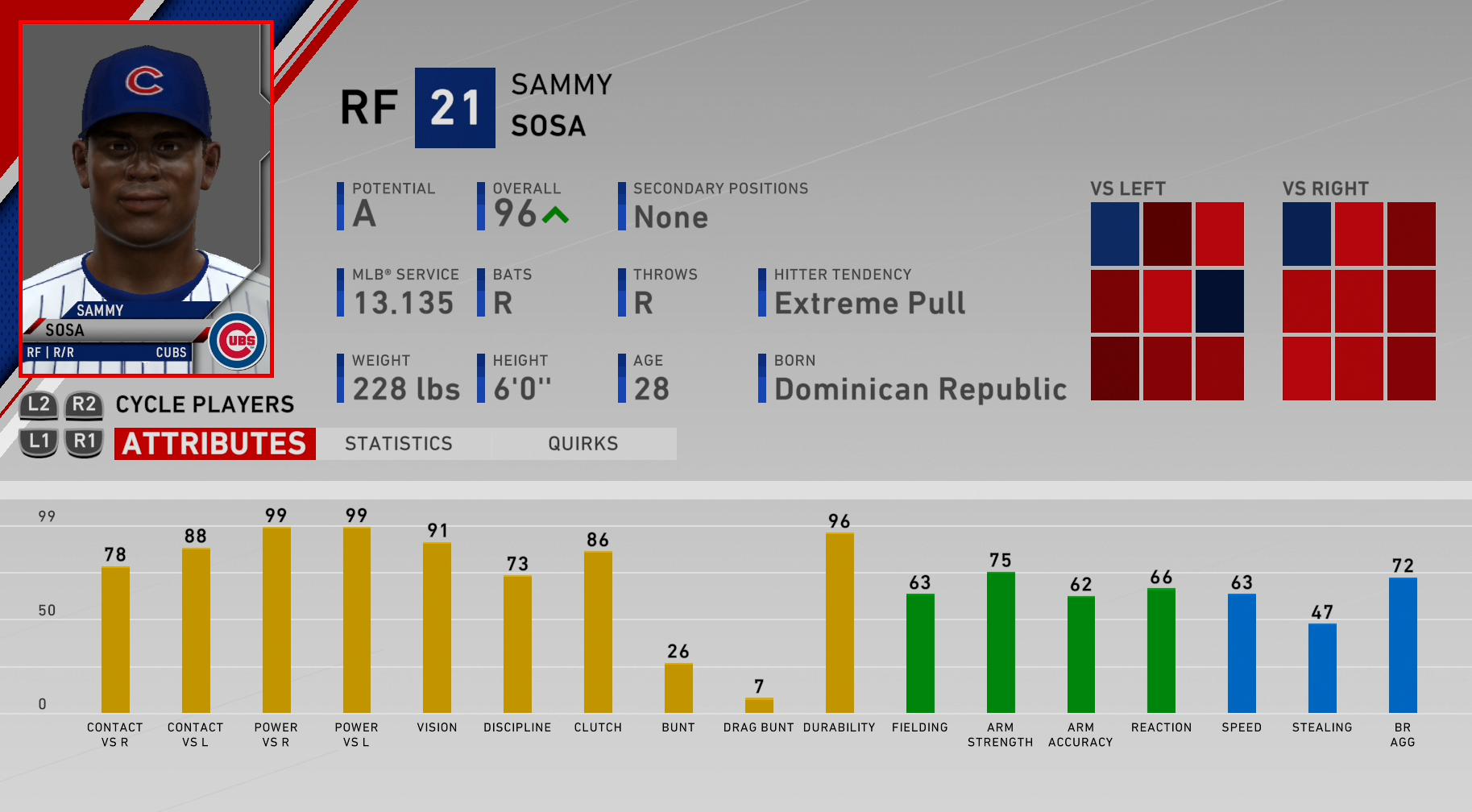 How to search for the roster in the Roster Vault:

Taking you back to 1999, this is the year after the Home Run Chase, the extravaganza between McGwire and Sosa that helped re-ignite MLB’s popularity — plus, ya know, the whole steroids things. Big Mac would follow up his record-breaking year with 65 more home runs, Larry Walker would hit .379, NOMAH-mania was in full effect in Boston, and the Yankees were sweeping the Braves en route to their second of three consecutive World Series wins. On top of that, it was another record-breaking year for home runs, and offense was exploding in general (again, this era has a specific name for a reason). 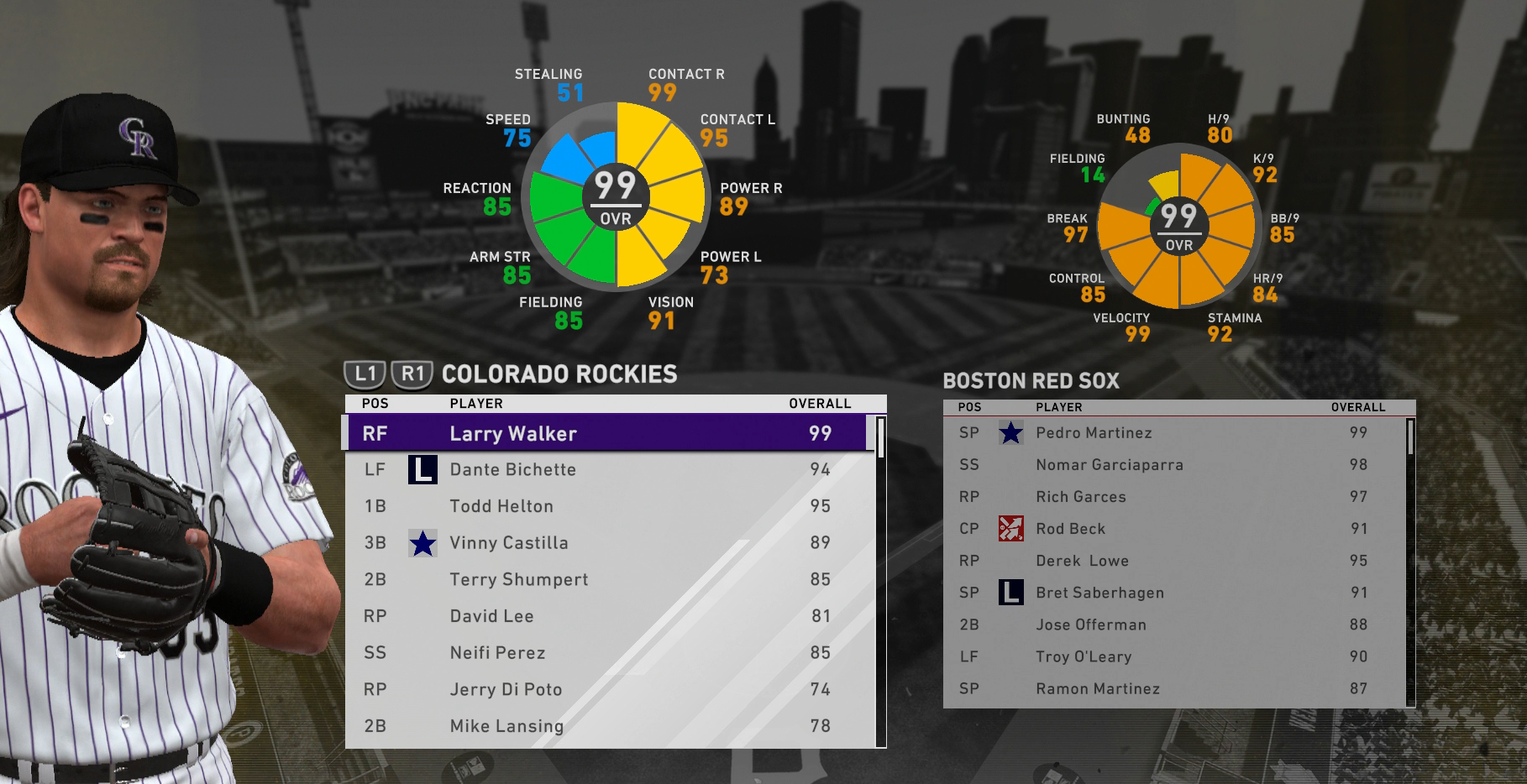 For as much as offense ruled the day, this is also the era of Pedro Martinez and Randy Johnson, so you still have two icons finding their way in the midst of all of this offense. 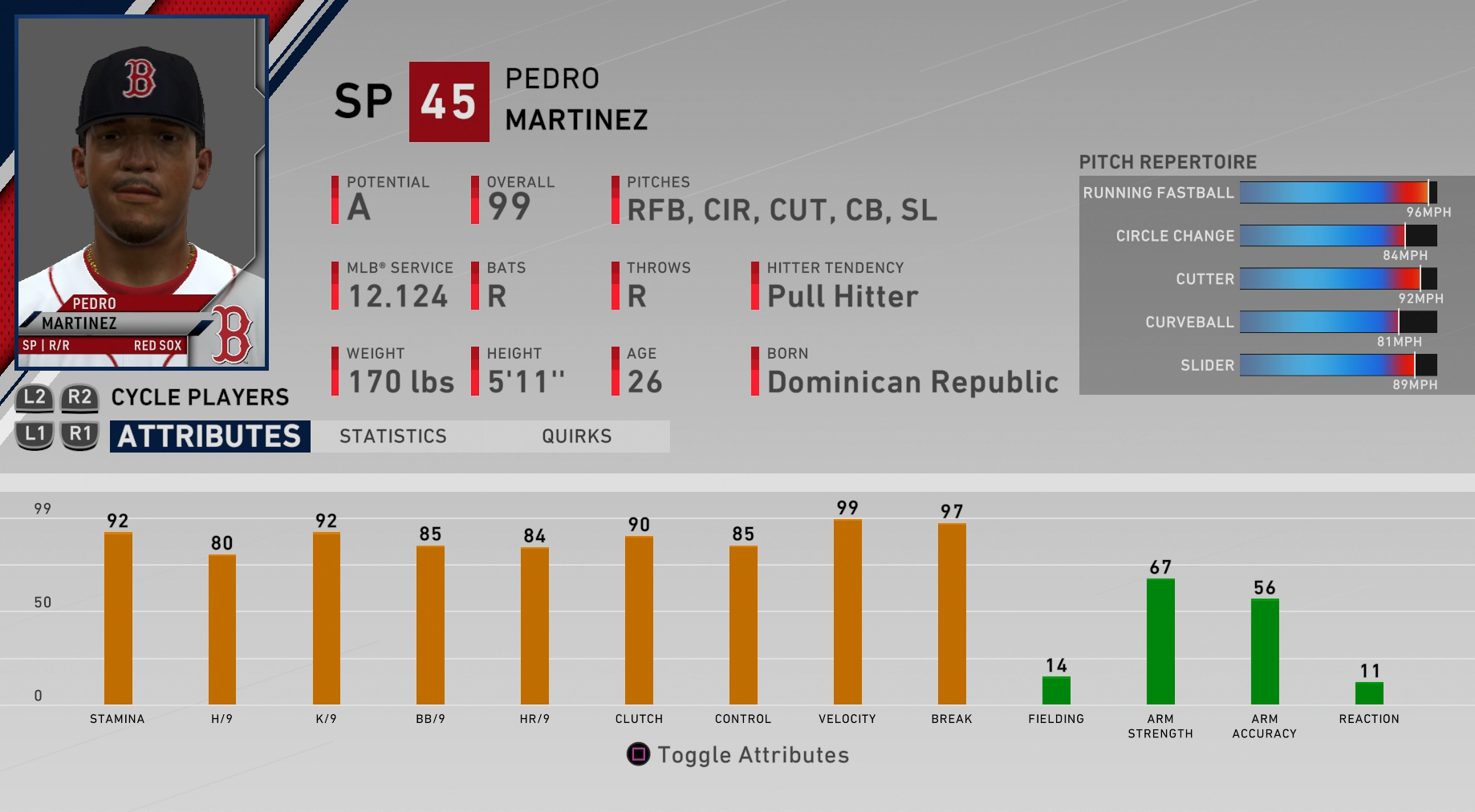 I am eternally grateful for all the people who do this custom rosters work, and so for sure check out this roster and give your feedback to support more like it. You can find more details on the 1999 MLB The Show roster here in this post, and overall mkharsh33 puts his work in with the others who put together classic and historical specialty rosters so dig in for more like it. I’ll be sure to continue and try to highlight more rosters throughout the year.