MLB The Show 21 - Diamond Dynasty Guide, Courtesy CBrev There are a ton of great contributors out there who put together helpful tips and guides for MLB The Show, and as of late CBrev has been doing yeoman’s work when it comes to prepping folks for Diamond Dynasty. As it relates to MLB The Show 21, Diamond Dynasty is going to go through some rather big changes if the Q&A from SDS is anything to go by. We will learn more about those changes tonight during the final feature premiere, and then we’ll get to play around with those changes when MLB The Show 21 early release begins at midnight EST. In the meantime, if you’re new to The Show on Xbox, you’re a seasoned vet looking to pick up a couple marketplace tips, or you just are getting ready to play Diamond Dynasty for the first time overall, these Diamond Dynasty guides from CBrev are a good primer before launch.


Before hopping to the tutorials, I do want to start with CBrev’s video relating to how to improve Prestige cards for ’21.


There are a lot of good ideas in here. I’m not 100 percent sold on all of them — namely the Prestige tokens concept — but the main point he hits on here (which also seems like it will play in to how the mode changes this year) deals with the flexibility of Prestige cards. I think most of us who play The Show are looking for a grind that falls somewhere between the Immortals grind from a couple years ago and the Prestige grind we faced in ’20.

In other words, we want to have more ways to grind Prestige cards (offline and online). The Immortals grind was a slog no one wants to go back to, but the Prestige grind was not always worth it either. In addition, getting a prestiged card was a very static grind where you just got the singular buff of +3 stats in all categories when you finished the stat missions. However, there was no in-between steps that made that journey feel worth it. And beyond that, since every card just got the +3 boost, there was no way to go even further beyond if you really loved a card and wanted to boost it further. 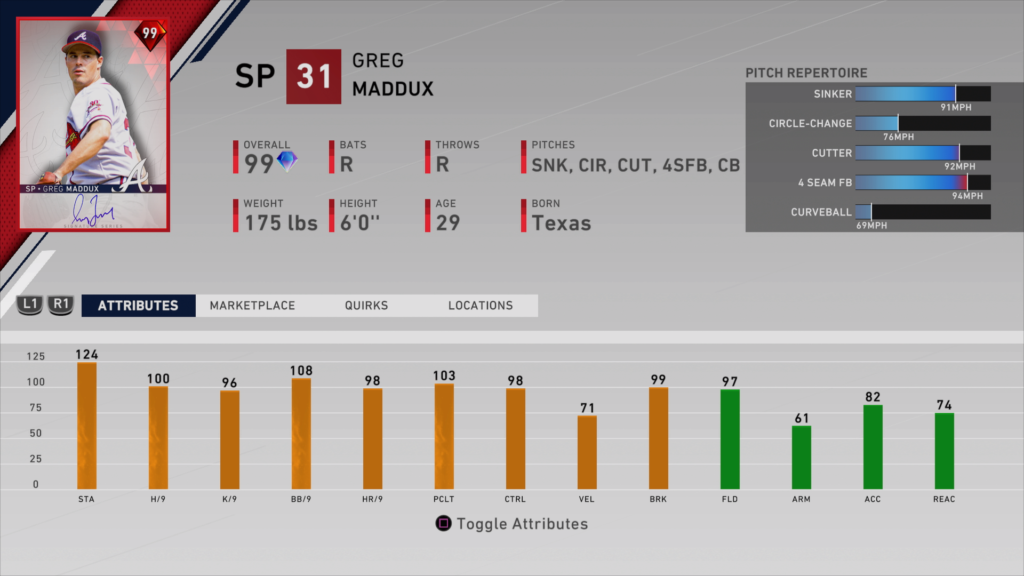 I don’t want to belabor the point too much here since we’re going to get all the details in just a couple hours, but basically I think a happy medium for Prestige cards is a good stand in for Diamond Dynasty overall. There were a lot more ways to play DD online and offline last year, but your lineups did not always need to change — or had no reason to change — because the actual stat grinds and the like were either totally restricted to online play for Prestige cards, or just not worth doing since the Prestige card would become outdated before you could knock out the stat missions.

I don’t want to go back to the Immortals days where I felt a need to grind oodles of games offline, but I also want to enjoy grinding stats in various parts of DD and have more benchmarks along the way. We would see these sorts of diversified stat missions for some of the programs, but allowing that on a wider scale throughout the mode seems like it would be beneficial.

Lastly, I wanted to mention Prestige cards as a stand in for the mode itself because SDS has said every card will be attainable this year (which I take to mean Ranked Seasons and BR rewards are not only going to be found in the marketplace if you can’t go 12-0 or make it to the top RS tier). We’ll see if that’s the case — this would also impact Events after all. But if SDS does go this route, it means catering to offline and online folks becomes even more important because you want people to have enough flexibility to dabble in various parts of the game to snag these cards.

(Side note, OS forum member Coxatron has another good overarching idea for DD when it comes to this concept. Basically, since XP and stubs seem like they should be king, he ties that into an overall idea for how to acquire cards if they’re all going to be attainable now through various grinds.) 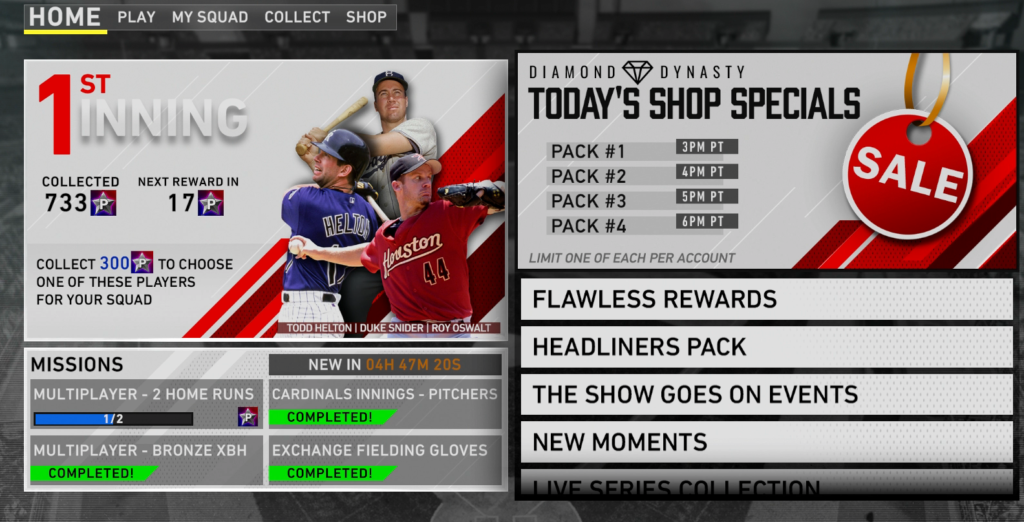 Now, as for CBrev’s two guides, they are packed with information so I won’t try to summarize them too much. Instead, just go watch them. First up, is a video discussing what to do on launch night and the first couple weeks if you’re a no-money-spent (NMS) player or you plan to buy stubs.

How To Handle Marketplace At Launch

In short, sell your golds, low diamonds (below 90 overall), silvers, and bronzes at launch. You should hold on to your high diamonds and common cards. I generally agree with this, but that’s probably because it’s what I already do. If you are going to buy packs, the first night is the night to do it in terms of recouping costs because most cards that are not high diamonds end up going down in price unless people are in a speculative mood and thinking a player is going to go up to gold or diamond in an upcoming roster update. 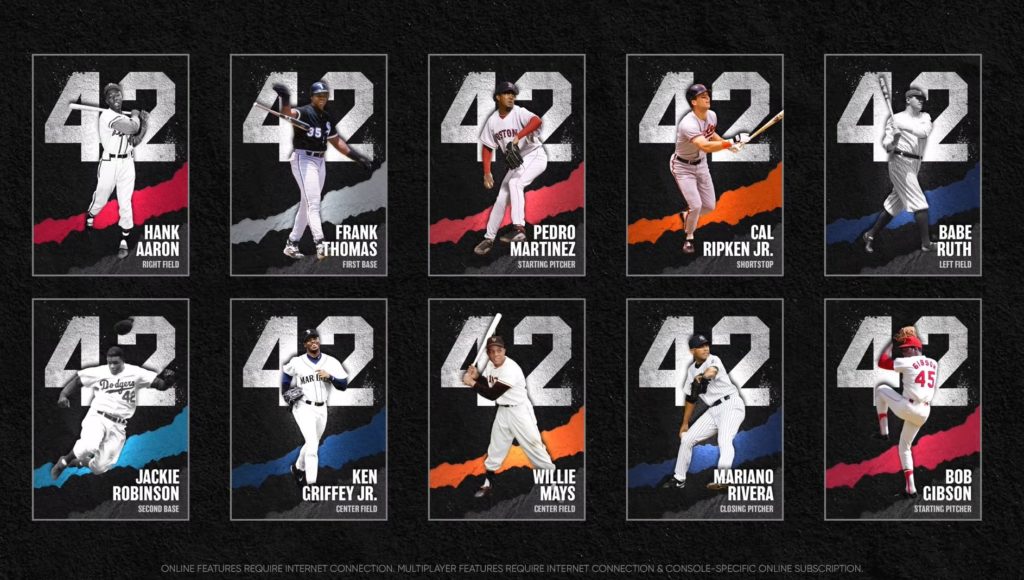 CBrev is also going to focus a lot on the pre-order diamonds that are going to come in as part of the 42 series. Folks who download the Digital Deluxe edition will get two of these cards, and basically they’ll be some of the best cards at launch. They’re also cards (at least if we go by last year) that will not have a huge supply because they’re only available when you buy the game.

If you’re just looking for a general tutorial, this is the video to watch. I still sometimes forget how different DD is from most of the EA Ultimate Team modes, and 2K’s MyTeam mode has really started to diverge in many ways from DD as well, so there is a learning curve even if you play a lot of card-collecting modes elsewhere. 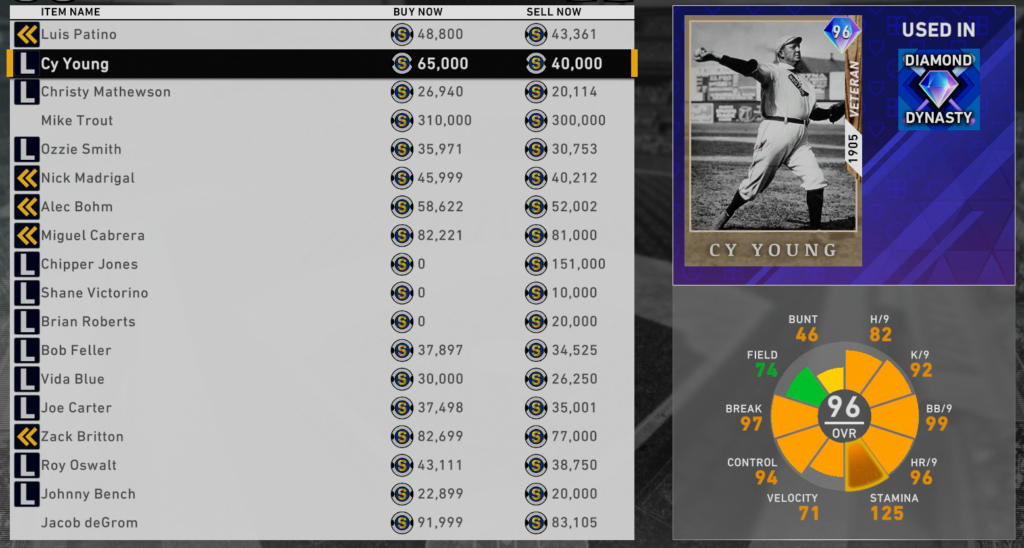 Understanding the marketplace is the number one thing to learn, but also just getting a feel for collections, how to post orders, what even constitutes “sniping” in The Show, and so on are helpful things to learn before hopping in the deep end of DD. With that in mind, let’s all have a great year, and let’s get ready to find out what’s coming to DD for ’21.