NHL 21 Wishlist (Part 1) EA recently had its EA Play event, but the NHL franchise did not make an appearance. The lack of a mention during the event isn’t all that unusual in and of itself. Nonetheless, given the current circumstances regarding COVID-19 — and the transitioning to the PS5 and Xbox Series X — it has left some to wonder. However, after the event NHL 21‘s community manager said on his Twitter that “although we’re not revealing NHL 21 today, we’re getting closer to showcasing the great work the EASports NHL team has been doing.” Furthermore, he continued saying that “they will continue to drive towards creating the best NHL yet.”

Now, while the community manager’s last statement gives us hope or helps maybe build some anticipation regarding any announcements, fans of the NHL series know what they want to see in order to make that statement a reality. Now that NHL 21 is confirmed and set to be the last NHL game to be built and released on the current generation of consoles, hopefully NHL 21 will end the current generation with an exclamation mark.

Before we dive into my wishlist, let me first explain that my biggest gripe — and it has been my biggest gripe for years — with the NHL series is in regards to its arcade-style gameplay. I personally would much rather have an excellent playing poor looking game than a exceptional looking game that plays poorly. So with that tidbit of information in mind my wish list will not include any gameplay features. Instead I will release a full in depth article specifically focusing on my frustrations with its gameplay in the coming weeks.

In no particular order. Let’s dive in! 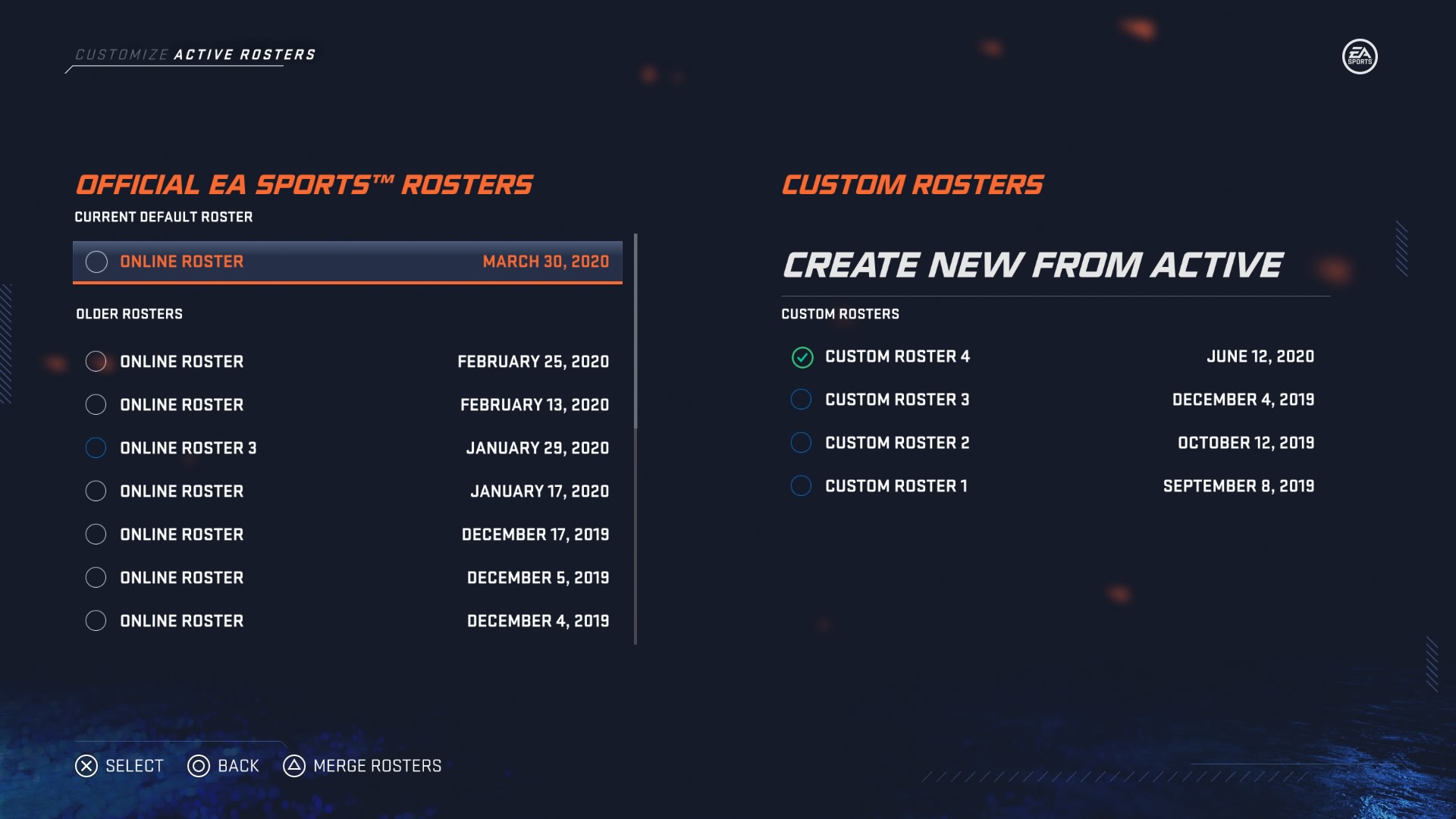 I have talked about this before, but it seems inexcusable to me that this feature is still missing. Furthermore, what makes this feature’s exclusion all that more puzzling is the fact that the development team for the NHL series is one of the smallest over at EA. If EA would just include this feature, it would be one less thing on their team’s plate — freeing them up to focus their attention elsewhere. It also goes without saying that the rosters that they do release seem to lack any major attention and are generally delayed.

Beyond that, you constantly see players who have been in the NHL for years and never score more than 8-12 goals be listed as snipers. Similarly, you will often find established fourth-line players who have “top 6” or “top 9” as their potential team role.

All that being said, I am not someone who generally pays close attention to EA’s roster updates. I prefer to make roster edits on my own anyway due to EA’s lack of correct details. However, in fairness, I do believe this year more than others EA stayed on top of roster updates — releasing them every couple of weeks. Still, enough is enough EA, let the fans help you out here by lessening the load. 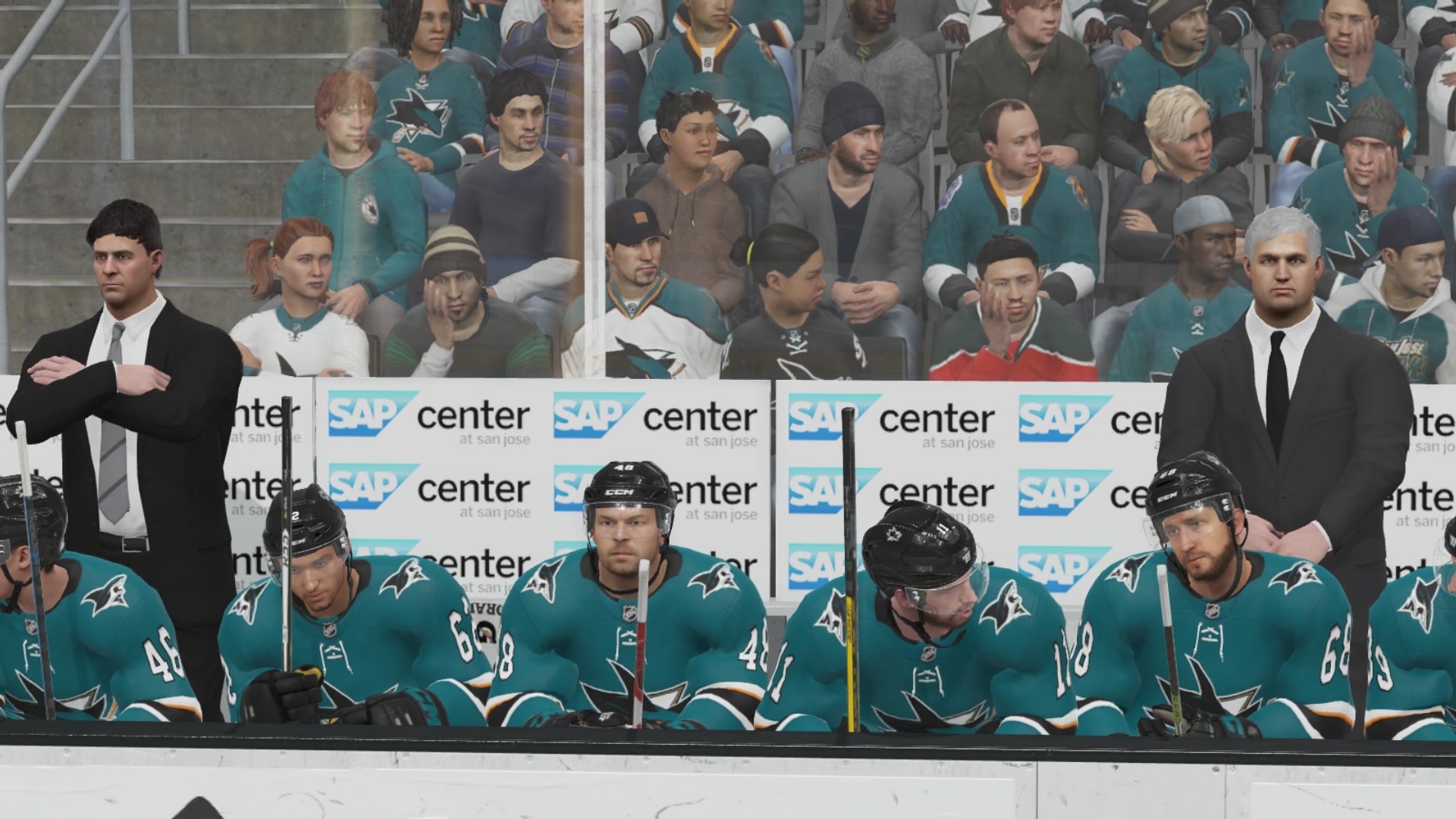 This is another one that I, like many, have been asking about for what feels like years now. The lack of player likenesses does seem to have improved the last couple of years, but it could still be so much better. It seems as if EA intentionally only focuses on adding a few players every year so that they can highlight continued improvement.

It would be one thing — and something I feel most of us could look past — if the lack of player likenesses pertained to mainly rookies or players on their entry-level contracts. However, sadly established NHL players and legitimate stars (John Carlson) for that matter are still missing in action when it comes to having their likenesses scanned into the game. I don’t know how this is allowed to happen because I figure NHL players would be very much open to being face scanned and placed in the game.

The lack of authentic coaches — albeit maybe not as big of a deal — are also a buzzkill when it comes to authenticity. There is nothing like going up against a division rival and being mid-game when the cutscene pans across the bench and you see two non-authentic generic bodies standing behind their respective benches.

Trades And The Trade Deadline 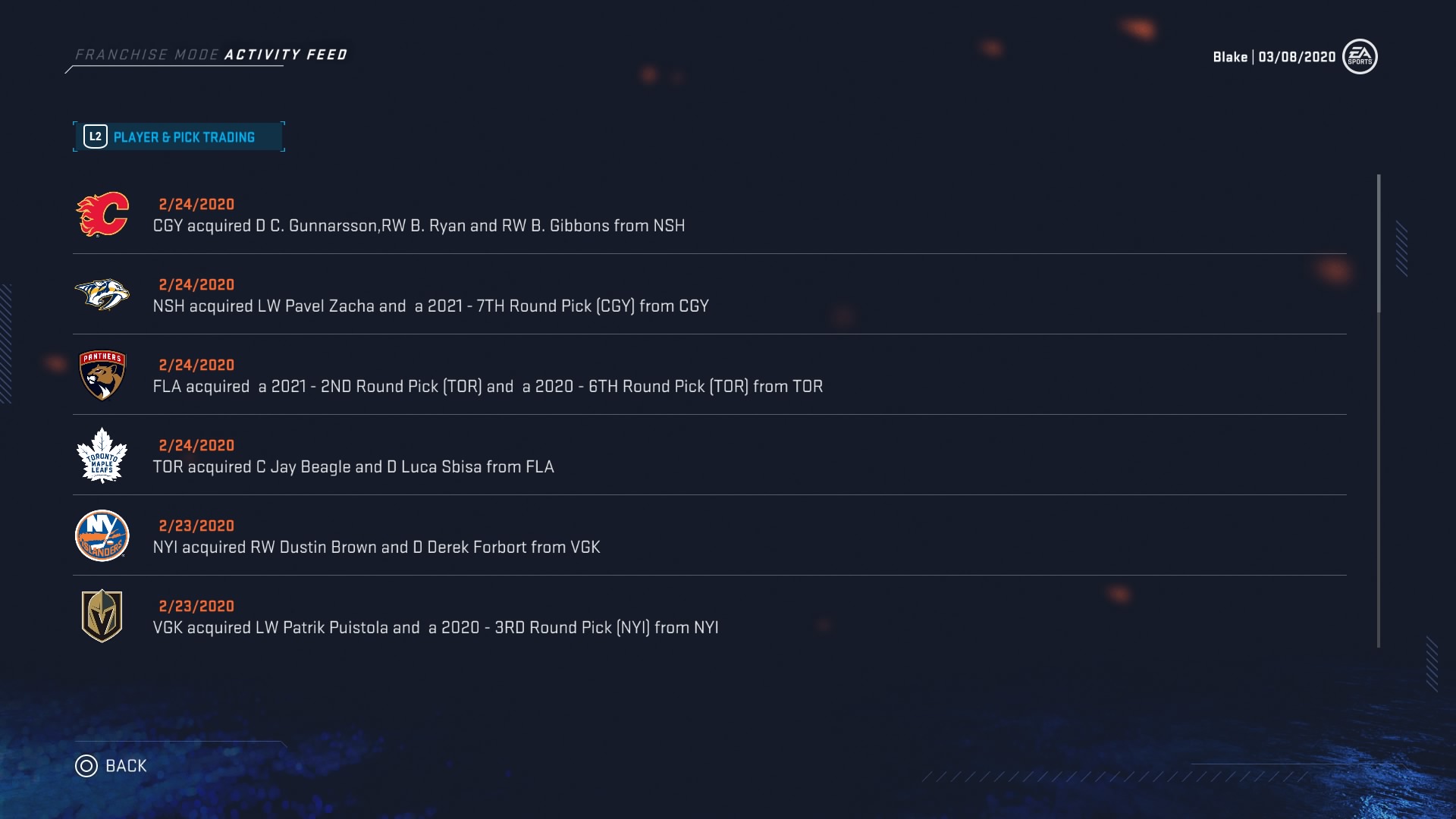 Unfortunately, trading in NHL 20 — and the versions before it — is rather boring, and a big part of that is the emptiness and lack of excitement/urgency around the trade deadline. The trade deadline/deadline day in the NHL has become a holiday of sorts for NHL fans. No other major North American sport can compete with the number of trades that happen on deadline day in the NHL. If EA could replicate the buzz of the NHL’s trade deadline, that single addition would go a long way towards enriching franchise mode.

The above screenshot is basically what we get from any one trade deadline in EA’s franchise mode. Trade day is no different than any other day in your 82-game season. No excitement. No build up. No suspense. This particular season of mine only saw two deals go down on deadline day and just a total of nine — with no major trades — for the whole season. Talk about unimportant and anticlimactic. Sigh!


Over the course of any of my 82-game seasons, the CPU always leaves me scratching my head with its line deployment late in games. Often it does not really seem to matter if the CPU is trailing by a goal nor if it is protecting a one-goal lead. The line that seems to be on the ice for the CPU most often is the fourth line.

Okay, some NHL teams — particularly the top teams in the league — have exceptional defense-oriented fourth lines so deploying them with a one-goal lead isn’t that big of a stretch. However, needing to tie the game up in the final minutes — and with a timeout available — why would any coach send out a trio of 8-12 goal scorers? Yikes.


What are some of the features everyone is hoping for? Stay tuned for part two of my wishlist releasing soon. ​
The post NHL 21 Wishlist (Part 1) appeared first on Operation Sports. Ryan https://www.operationsports.com/nhl-21-wishlist-part-1/