SkateBird Alpha Impressions: We Want More, Please As someone who skateboarded for many years of my life, the art of skateboarding has always been near and dear to my heart. The same holds for skateboard video games. And whether it was the latest Tony Hawk game or the now rehabilitated Skate franchise, this genre of sports gaming was always near the top of my gaming needs.

So, when I first heard about SkateBird, my jaw nearly hit the floor. A game about skateboarding birds started as a crazy idea from developer and creator Megan Fox of Glass Bottom Games. But with the help of loyal fans on Kickstarter, Fox has earned more than $67,000 to bring her unique representation of the sport to life. SkateBird has been pushed back to 2021, but during this year’s Steam Festival, I was able to get a first-hand look at the alpha version of the game while the demo was live.

Here are my way-too-early impressions of Glass Bottom Games’ alpha version of SkateBird. 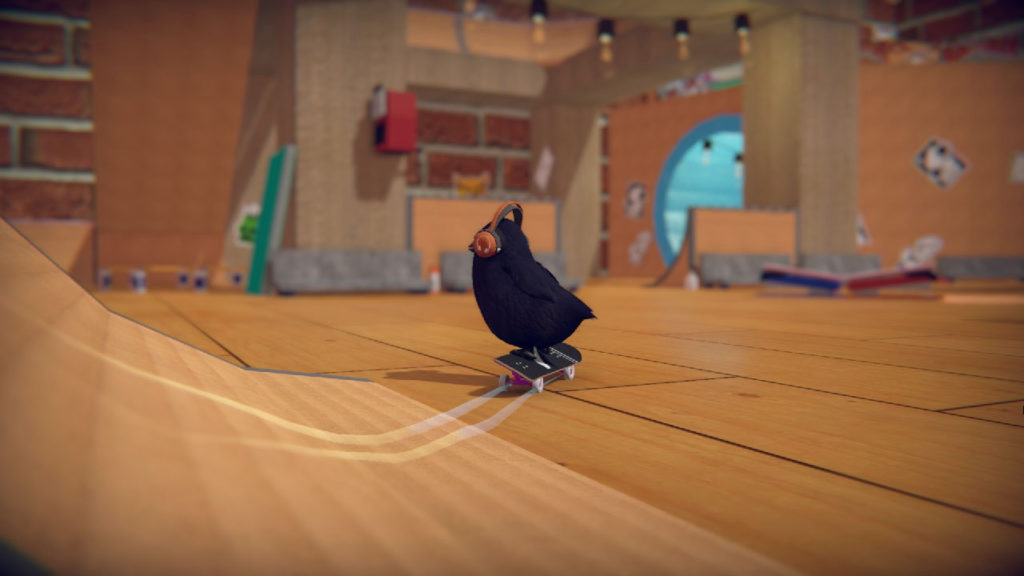 Upon booting up the demo, you are teleported into a house with one epic skate setup. The level available during this Steam event allowed you to skate two sections of the room. Throughout it, you have traditional ramps, ledges and benches. But where SB separates itself from its competition is the bird-like characters and environments. Thrasher magazines make up ramps and half-pipes, while toothpicks and other concoctions allow for optimal grinding.

At first, it seemed like your bird would change every time you rebooted the game. But by hitting the “what to do next” option in the pause menu, a new bird would appear in addition to a fresh reload of the level. No, I’m not entirely sure which one is Tony Hawk, but each bird has its own unique look and sometimes even feel.

Watching a bird flap its wings while airing out over a quarter was a delight. Watching a bird bounce around the floor aimlessly after a bail is something I never realized I needed in my life. Aside from the graphics and the genius of SkateBird, tricks are like what you’d expect from an old-school Tony Hawk game. I used an Xbox One controller. The controller layout is excellent. That being said, while I would pull off hardflips and inward heelflips with ease, I was still trying to figure out some of the more complicated tricks in the game by the end of my time playing it. So, a trick list would make life a bit easier.

There were missions and tasks to complete. One included spelling out the word ‘birds’ in a timed mission of sorts. Another task was to beat the clock and finish with a high score. These side missions are given to you by talking to your bird friends scattered throughout.

The music that plays during your skate session is excellent, too. This was always one of my favorite parts of previous skateboard games, and they delivered once again here. 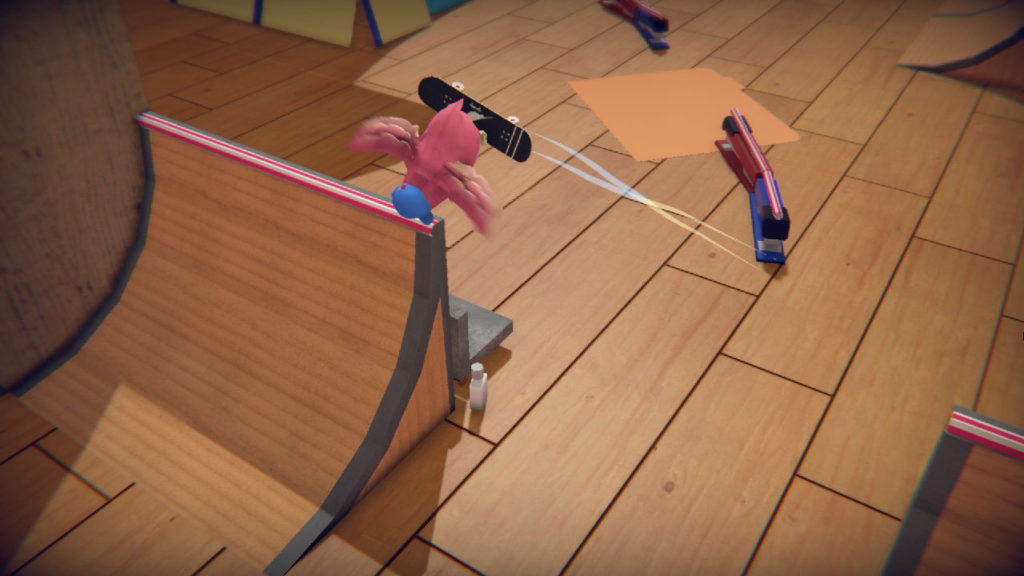 What Needs Some Love​

The biggest gripe to me is the camera angle. And although it’s not in any way a deal breaker, there are times when it does go haywire. SkateBird‘s creator did make a joke on Twitter that she was going to change the camera before the event, but I’m not sure if there was any merit to that comment.

Besides the occasional blip, the only other issues I have, besides not having an available trick list, probably have more to do with things on the periphery of the experience. I’d like to see a replay or even an editor that allows you to string together your best tricks because, I don’t know about you, but I’d love to be able to make small highlight videos of my bird’s most significant accomplishments.

Different parks would be lovely, but again, it’s not to be expected in an alpha. Perhaps later down the road an opportunity to rearrange some of the kickers and other objects would help as well. Heck, I could probably put together an entire wishlist, but that says more about how much I enjoy the game rather than its imperfections.

In the end, my excitement for SkateBird is through the roof. I understand why the game got pushed back, and I know it will be better in the long run, but I can’t wait for the full game to release. Sure, there’s a ton of other skateboarding games now in the pipeline — we’re actually going to be back in the golden age for a sports genre, which is a unique thing to say about any sport in 2020 in relation to video games — but none of those games showcase a bird skateboarding around a living room with a creamer on its head, grinding plastic straws and landing 900s on old Thrasher magazines.

SkateBird remains true to the art of skateboarding while being utterly different with its environments and characters. If the alpha is any indication, Glass Bottom Games has an instant classic on their hands.