Taxi Chaos Review - Not Quite Crazy Enough, Not Quite Cheap Enough Team6 Game Studios is a smaller development house that churns out racing games at a solid clip, and with Taxi Chaos the studio is hoping to be the spiritual successor to an old friend by the name of Crazy Taxi. For those not familiar with Crazy Taxi, it was a game that was originally developed by Hitmaker and published by Sega. It first appeared in arcades, and then was ported over the Dreamcast and many other platforms through the years. The Sega Dreamcast version is the one I and many others fell in love with, and it’s why I was excited to scope out Taxi Chaos. It is looking to capture the fun, style, and excitement of the original classic. However, that’s a tall order for any developer, so let’s get in to how it all came together in this Taxi Chaos review. 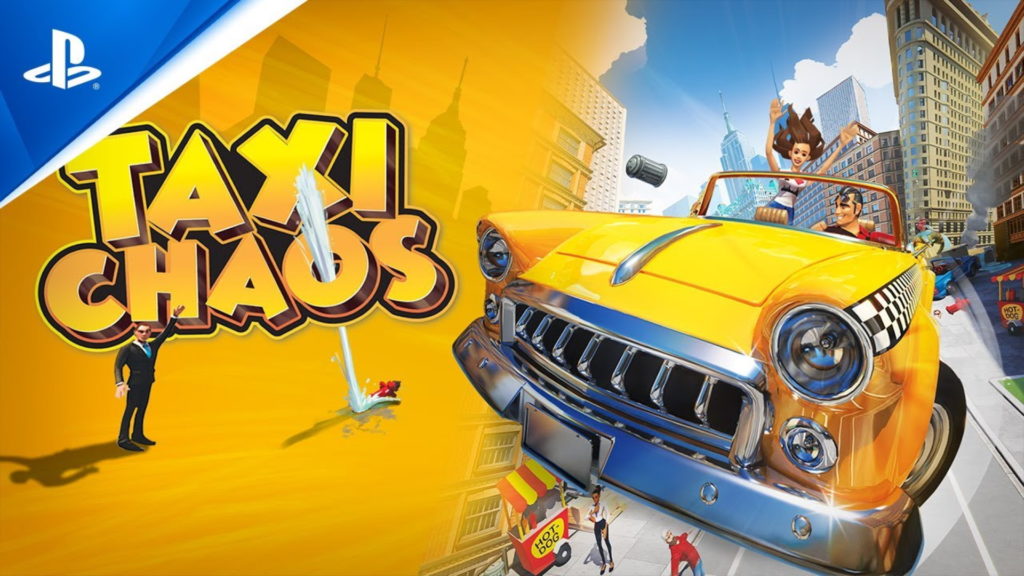 
Taxi Chaos is the type of game you fire up when your commitment level is negligible, and you just want to turn your brain off. Although that approach for some may not be an experience they’re looking for, Taxi Chaos does not pretend to be anything else other than what it is.

Now simplicity should not imply a lack of choices or options because there are multiple ways to approach the game. 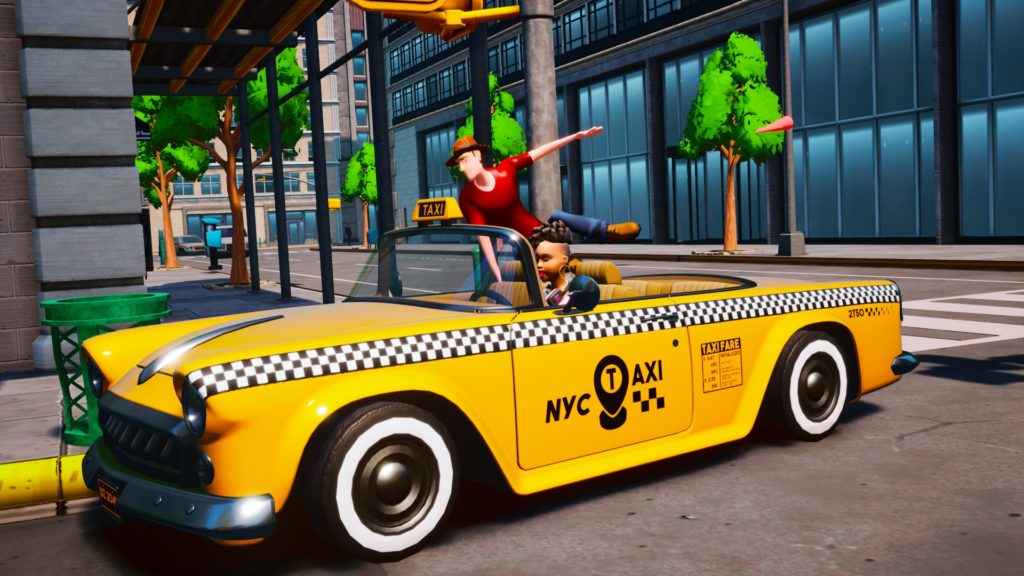 At its core, Taxi Chaos is a mindless driving game where the goal is to get one customer after another to the destination in the quickest amount of time. What I did notice throughout my time is that each customer is different and reacts — and monetarily tips differently — depending on the style and approach you take while traversing towards that destination.

It was up to me to find out the type of customers I had, the type of ride they enjoyed, and the various routes that were accessible to me in New Yellow City to maximize my profits and the happiness of the customers.


When you play a game like Taxi Chaos that revolves around the transportation of customers to a destination, one of the most important aspects is always going to be the setting.

In this case, it’s New Yellow City, an obvious knockoff of New York City, and specifically Manhattan. While you will not see any landmark buildings or destinations inside of New Yellow City, the developers did a solid job here mimicking what the city feels like.

Taxi Chaos is, as the name states, chaotic. While that type of gameplay lends itself very well to this genre, it can make it difficult to appreciate the level of detail and minutia that has been created in this replica of Manhattan. 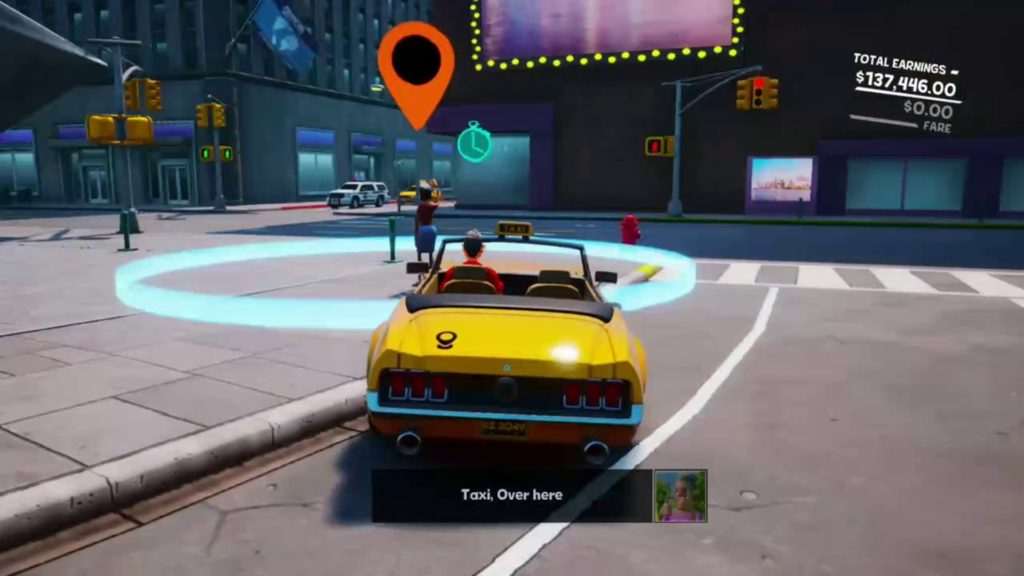 Throughout the city, you will find people going about their daily routines, and you will occasionally interact with these people, though not always on the most pleasant of terms. The point being is the developers did a nice job of how you and your customer interact with the people and the city itself.

On top of the interactions throughout New Yellow City, you will also find, as you become more familiar with the gameplay and the environment, that there are numerous approaches and shortcuts to get to your destination. This is an important aspect to remember as some of the time restrictions will seem almost impossible to accomplish without discovering some of these shortcuts throughout the city.

That doesn’t mean that all is perfect inside the parameters of New Yellow City. I would have liked to see a more populated city and a much greater level of detail when it comes to destruction. On top of that, Taxi Chaos does not touch the style of Crazy Taxi, which really was special for the time. But in the end, the city offers up a lot of paths to scope out.


Taxi Chaos doesn’t offer up a lot of depth when it comes to the gameplay, but in terms of unlockable content and collectibles, the game does a serviceable job of providing that.

Once I fired up the game, I was given a standard taxi to use in my pursuit of collecting tips and fares. But the game also offers up a long list of unlockable taxis that have their own set of characteristics that can be used for specific situations that the game will throw at you. 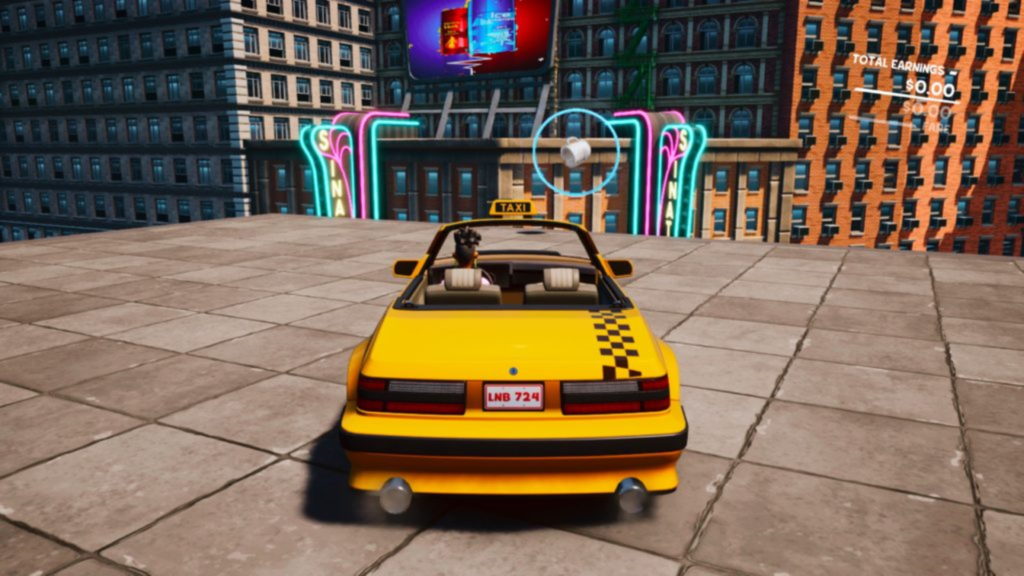 I also found out that floating collectibles and power-ups could be obtained by performing certain actions, and many required multiple attempts before I could snag them. These power-ups provided me with speed boosts or special vehicle advancements.

I would have liked to have seen some more unique power-ups, but being able to unlock different taxis with different skills added a decent level of fun and adventure.


What I Don’t Like – Taxi Chaos Review​
Lack Of Stats


In a game like Taxi Chaos, I think it is imperative to provide a deep set of stats to compensate for the lack of depth. Sadly, Taxi Chaos only offers a basic leaderboard that details what you and the overall leaders have done monetarily in each mode.

What would have added a tremendous amount of replay value is a stats board so players could see how they performed on different runs, different challenges, and different taxis. 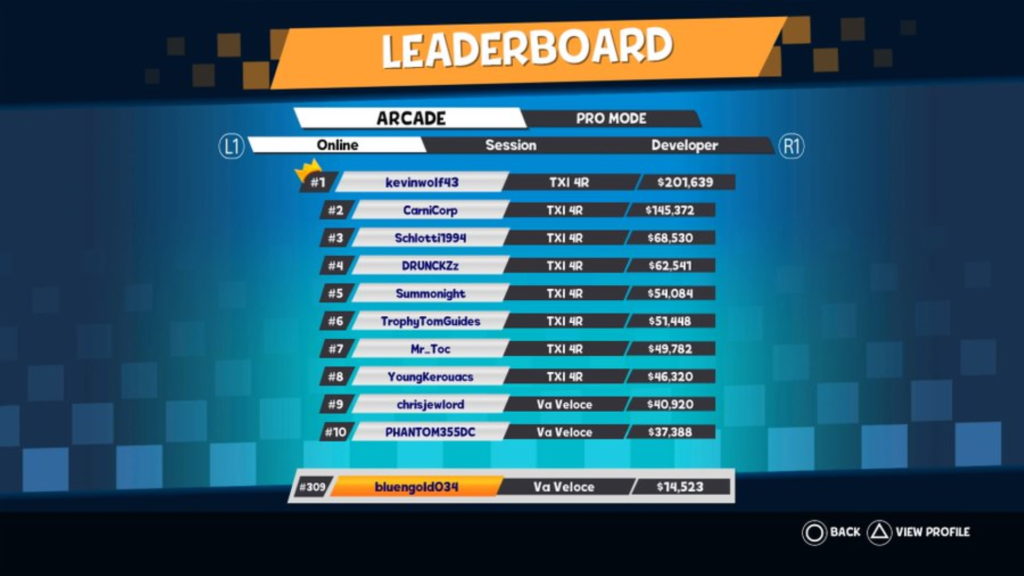 This is where the lack of a larger roster hit hard in Taxi Chaos. If there were a robust roster of drivers, each with a set of strengths and weaknesses, it would have provided a much deeper experience.


Taxi Chaos is an average-looking game on my PS5 — if I’m being generous. The art direction is perfectly fine, but the overall fidelity is like what I would find on the PS2 or early-stage PS3 days.

Now I understand that Taxi Chaos is a “budget” title from a smaller developer, but it feels like the overall graphical aspect of the taxi, the city population, and the city could have been enhanced to a larger degree to add to the overall visual experience. Plus, it’s not that much of a budget title. It’s $30 USD on PSN and Switch. 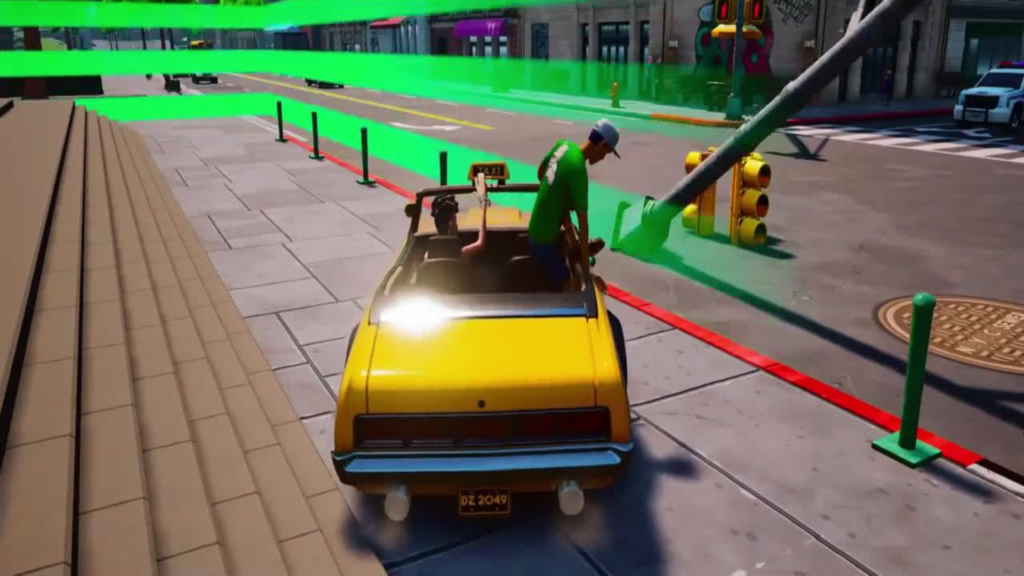 Now, when you are blazing around New Yellow City, does the graphical component diminish the level of fun? For most, that answer is probably going to be no, but it’s still inherently noticeable.


As I mentioned before, Taxi Chaos does not pretend to be anything else other than what it is: a mindless arcade taxi game that attempts to provide mindless fun on a budget in short doses.

The biggest issue I have with Taxi Chaos is the lack of longevity. Other than a couple of modes, some unlockable taxis, and a rather large city to play within, Taxi Chaos is a very superficial game that at best can only provide a level of fun in short spurts. 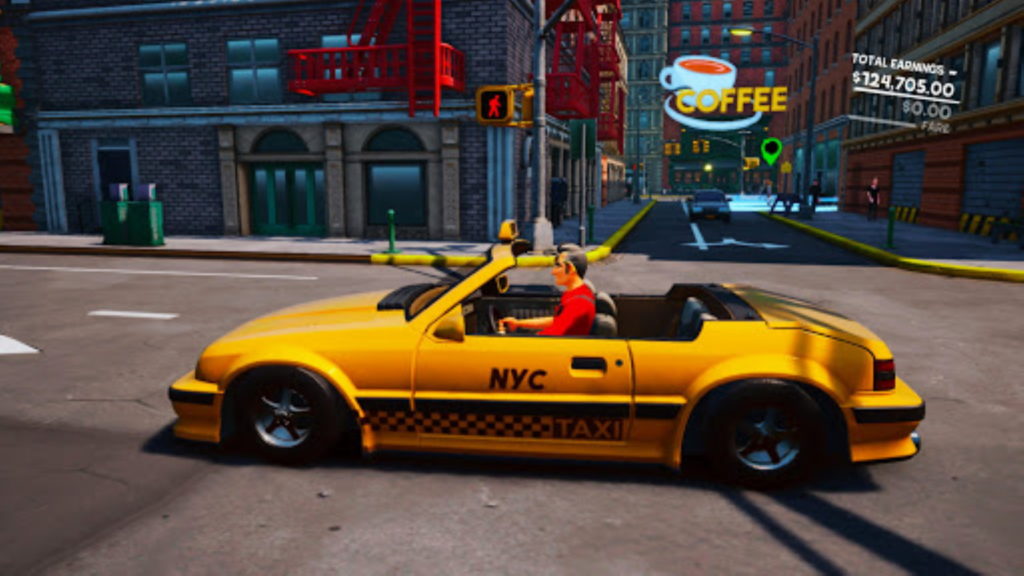 The developers could have countered this issue in a multitude of ways, but it just is not in the cards here. The biggest issue to me is the lack of a deep roster. Crazy Taxi did an amazing job providing multiple drivers. They all had their own personalities, strengths, and weaknesses. If Team6 had done nothing other than provide a bigger roster of drivers, it could have delivered a much deeper experience.

In short, I think Taxi Chaos is exactly the type of product that was intended to be put out there with the tagline being “it is what it is.”

I knew going in Taxi Chaos was not going to provide some deep spiritual experience. However, I was hoping for an experience that conjured up memories of my time with the original Crazy Taxi. In a sense, Taxi Chaos does that, but it lacks the spiritual soul of what made Crazy Taxi so much fun.

Now, that does not mean you should not give Taxi Chaos a single thought. It just means if you were hoping for the spiritual successor to Crazy Taxi, you would be better off going back and playing the original.