Topps Now August Moments (Week 5) - We Out Here Jumping Sharks So, yeah, power creep is in full effect, and we have to talk about it. This is not shocking nor is it really that out of the norm for where Topps Now cards have been going, or where they usually end up as we approach every card being a 95+ overall. It’s just striking to see this many amazing cards dropped one week before Monthly Awards and the next Team Affinity set. I can’t believe I have to say it, but are these cards too good? Even the quirks on some of the Topps Now August players this week are still good. Basically, what SDS did was just lower the vision on some of these cards (which does matter), and then lower some other stats that don’t matter while boosting hitting stats to an insane degree.

The awkwardness arises because what constitutes a good game worthy of a Topps Now card slowly changes as the power creep continues on through the year. Does Yoshi Tsutsugo need better power numbers than Milestone Miguel Cabrera because he hit one home run to win a game? No, probably not. Does Joey Wendle need to have comparable numbers to Awards George Brett? No, probably not.

And if it were earlier in the season, these things would not be happening. This is just the nature of power creep.

On some level, SDS has been so good to us in terms of providing free, good cards, that the developers are almost undermining themselves when the cards you do legitimately have to grind for aren’t even as good as these Topps Now cards. There becomes a “what’s the point?” element to it all.

There is a balancing act here, but I do think SDS has to get more comfortable with the idea of giving us more gold and silver cards in the future. Sure, they would need to design some more reasons for those cards to matter here and there (hint hint, a salary cap mode, more single-player focus), but you don’t really provide a quality endgame experience by doing this style of release either. Every card-collecting mode runs into this same issue each season. I assume it’s because you’re trying to keep people engaged as the number of users dwindles, and so you keep showcasing better and better cards as a way to keep people around. Still, at a certain point every card becomes more or less the same. (There is also the side issue of how many diamond versions of X player do we really need, but that’s only tangentially related here I think.)

That said, SDS has different calculations to make than most other studios making these card-collecting modes. Diamond Dynasty is in a league of its own when it comes to providing free cards that are good. I’m not saying that needs to change, but MyTeam and Ultimate Team (in part) up the power level because they inherently want you to buy more packs and spend more money. You can spend money in Diamond Dynasty if you want, but it’s so much more optional than in those other modes. The “free” team you can put together in DD can more or less stand up to a person who spends thousands on stubs. Again, this is not a bad thing.

But it’s just we’ve come to that point yet again where we at least need to have the “power creep” discussion, so I wanted to get it out there and give my two cents. I don’t think there would be backlash if the Topps Now style of releases from the beginning of the year (a low-end diamond or two, a couple golds, a couple silvers) would be out of place as a mode to keep most of the year. You need these cards either way for the Monthly Awards players, so it’s not like you need many more reasons to get them even if you don’t want to use silvers or golds. I don’t need six 97+ overall players every week. I’m good. I would love more legends in the game, sure, but I don’t need a fourth Yasmani Grandal diamond or whatever. 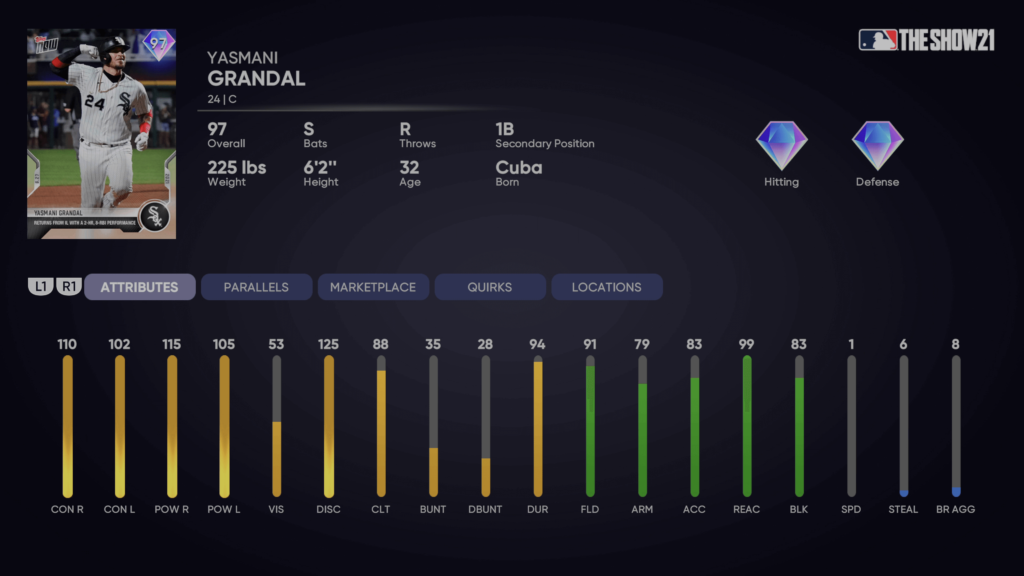 In short, I understand the desire to provide more variety so every team isn’t just using Schwarber behind the plate for months on end or whatever, but ya know, most teams are using Trea Turner at some position right now. Most teams are using some form of Edward Cabrera/deGrom/Nolan Ryan/Felix Hernandez/Cliff Lee now in their rotation. Regardless of how many 99s you put in the game, people will still basically funnel to a very particular set of players. So, instead, I would think variety should matter more for creating cards from a designer standpoint, especially with Topps Now releases. To put it another way, don’t try to simply overpower our senses with power creep, it’s a losing battle (plus, it usually makes the gameplay worse).

Feel free to let me know if you think I’m totally off-base here or you don’t mind the creeping power levels. I won’t be shocked if some are perfectly fine with this set of players since, again, free stuff is cool. I just wanted to put it out there because I don’t think every card that gets released always has to be a tick above the one that came before it for each series in the game. Topps Now players maybe only need to top out at 89 overall no matter what because it’s one way to make them different from Milestone cards and so on. 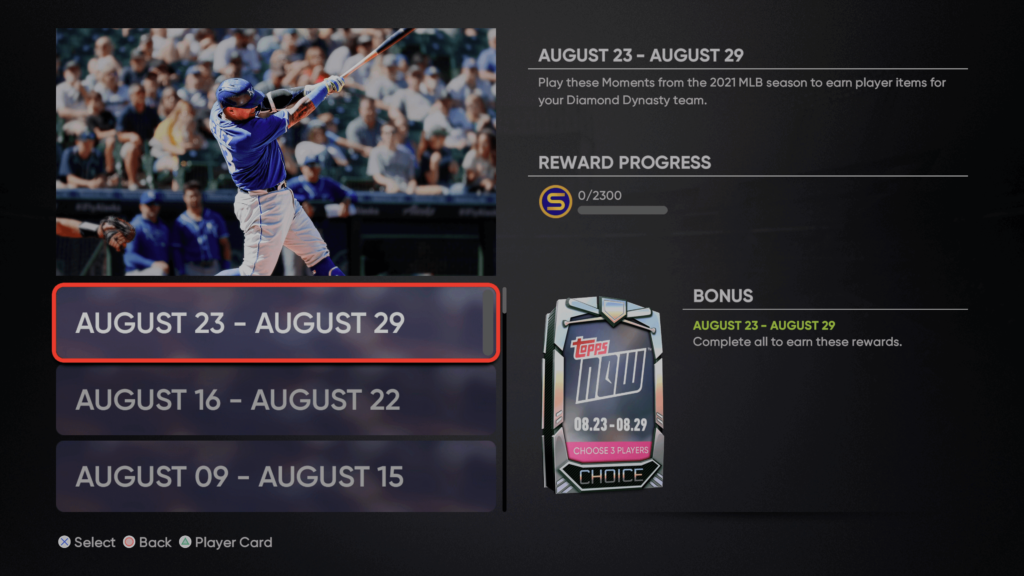