To celebrate the 50th season of the Championship in 2022, developers imagined a brand-new Anniversary Mode tracing some of the most outstanding rounds of the competition.

Players can get behind the wheel as some of the greatest rally drivers ever and relive some of the most spectacular moments of their career. Drivers can race in more than 22 events with the same vehicles and weather conditions of the time.

Any player that pre-orders the WRC 10 Standard or Deluxe Edition will have access to an additional historical event of Rally Sanremo, featuring Colin McRae driving the Subaru Impreza WRC in 1997.

WRC 10 is scheduled to arrive on September 2 for PlayStation 4, PlayStation 5, Xbox One, Xbox Series X|S, PC and on Nintendo Switch at a later date. 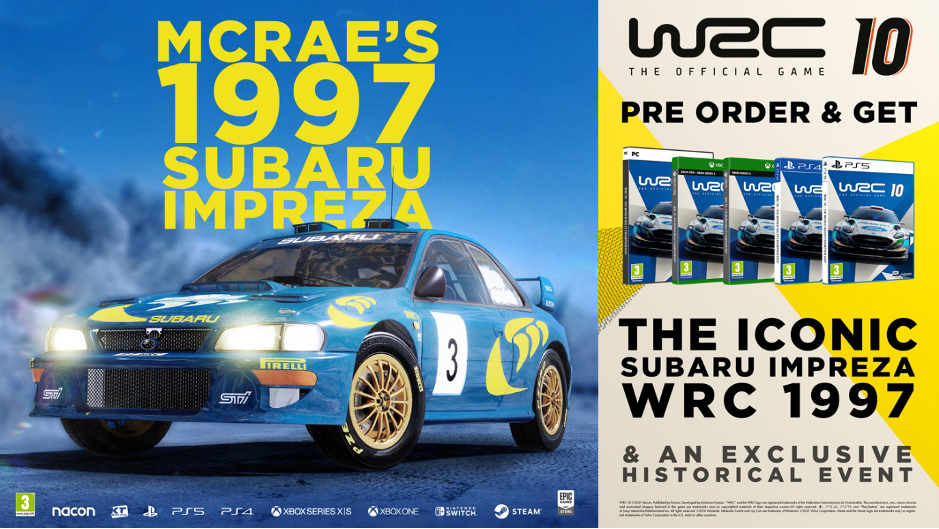