Essential for total immersion, the WRC 10 team paid particular attention to the rendering of engine sounds, recording real racing models and integrating them into the game. A complex and precise process, the recordings allow to capture sounds from different sources and perspectives, in order to retransmit the sound effects as close as possible to the players’ behaviors and actions. Once recorded, the different sources are processed, mixed and integrated into the game on each vehicle. Finally, for the final mix, environmental sounds such as public areas, different road surfaces or the impact of the weather are added for a more realistic simulation than ever!​

Here’s a look at the the WRC 10 roadmap of upcoming DLC. All of them will be free with more details coming prior to release. 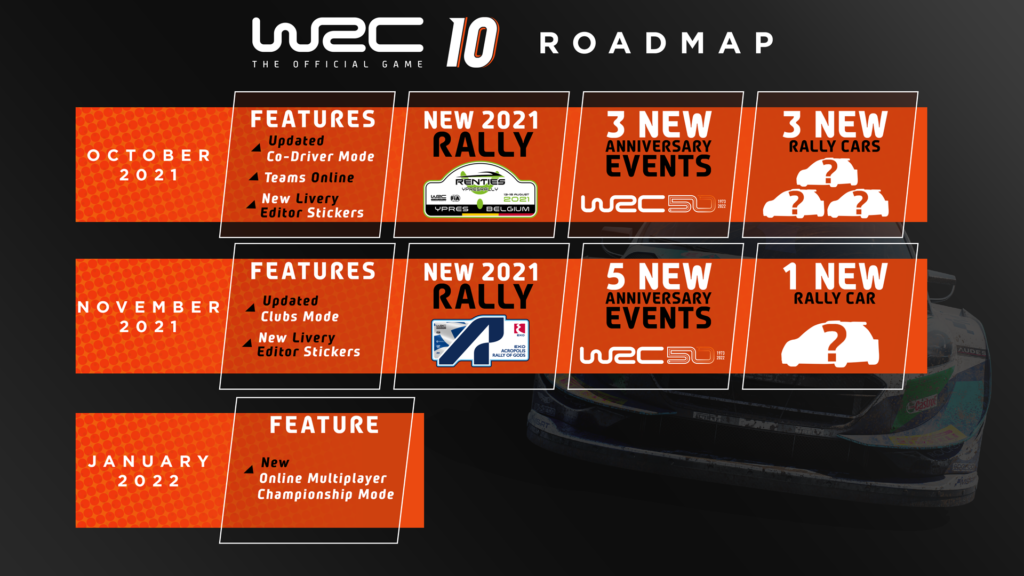 WRC 10 is scheduled to arrive on September 7 for PlayStation 4, PlayStation 5, Xbox One, Xbox Series X|S, PC and on Nintendo Switch at a later date.

Any player that pre-orders the WRC 10 Standard or Deluxe Edition will have access to the historical event of Rally Sanremo, featuring Colin McRae driving the Subaru Impreza WRC in 1997.